Elijah Boothe Talks Acting, Fashion and Being a BE Modern Man 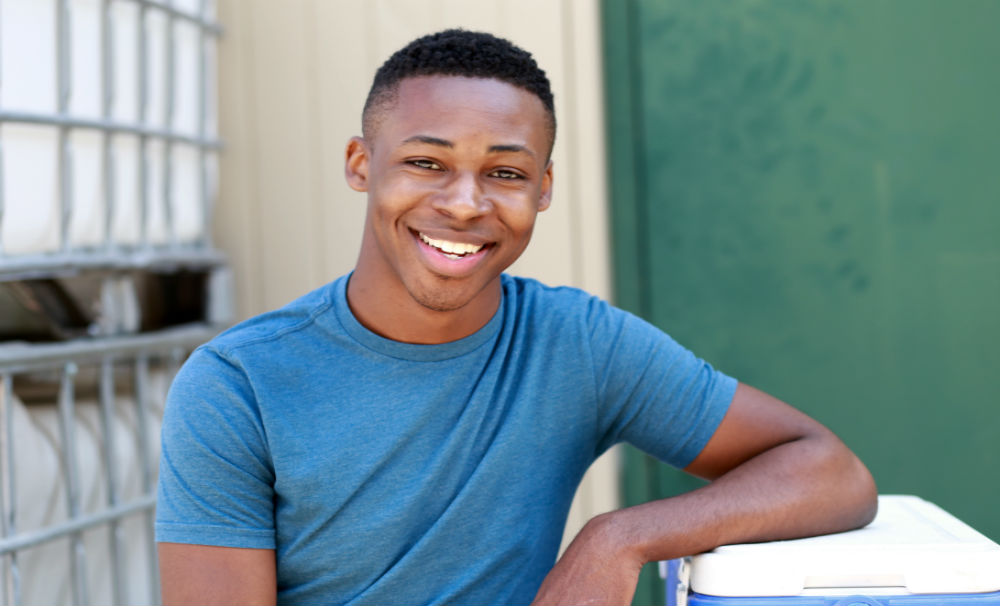 I have changed/contributed to my industry by: Inspiring other young creative individuals through my success, and various platforms to never give up on their dreams, to love and embrace everything that makes them unique, and to always be a self-starter.

What is your inspiration?

My inspiration is simply to inspire others using every talent I have. My parents have always raised me with the mentality that our gifts aren’t our own. I believe it’s our job to use what we’ve been blessed with to bless someone else.

The BE Modern Man tagline is “it is our normal to be extraordinary.” What makes you unique and stand apart from the crowd?

I think my style, and my willingness to learn new things, definitely sets me apart from the crowd. I see myself as a sponge: if there’s something I don’t know how to do no matter how long it takes I learn it. I look at it as a new talent being added to my arsenal that I can use to help someone else.

Oh wow. well acting wise, I would have to say my greatest achievement so far would be booking a reoccurring role in Marvels’ Luke Cage on Netflix. It was such an honor to work alongside people I consider legends in the business. Everyone was so down to earth and approachable. It was definitely an inspiring experience, and a blessing to have learned a lot from my peers in the industry. My greatest success, when it comes to Ambitious Commanders, would have to be having been featured in Ebony Magazine, Vogue USA & Japan, WWD, W Magazine, Esquire, and BET after only a year-and-a-half of launching my blog. However, I’m mostly grateful for the exposure and the platforms I’ve been blessed with because now I’m able to inspire more people.

Describe your role in “Luke Cage.”

I play 15-year-old Young Cornell on the show. My character, unfortunately, lost both of his parents at a young age and is forced to grow up under the care of his grandmother in an unstable household rooted and grounded in guns, drugs, and violence. Having been exposed to such lifestyle, my character grows up to become the villain of the show.

When were you bitten by the acting bug?

The acting bug sort of came out of nowhere. I was an 11-year-old soccer player when I was bitten. One day one of my mothers friends told her about auditions for the Lion King on Broadway, and I auditioned and haven’t looked back since!

How do leaders like yourself break through the static and make impact amongst your peers?

It all starts with just taking that one good step. It’s going to take what I like to call the three P’s: persistence, perseverance, and passion to really push through to the hearts of others.

What is the key piece of advice you can offer the younger generation and BE Modern Man hopefuls to cultivate a successful career?

Above all things, love what you do, and do what you love and understand that the major key to any success is hard work. Nothing in life worth having comes easy. I always say you’re the only you there will ever be in this entire universe, so be you to the best of your ability.

What, in your opinion, has been one of the most challenging moments that you’ve experienced, and why?

I think it took me a minute to understand that we all progress and grow in our own time. Working in both the acting and fashion industry, I’ve been blessed to have made a lot of friends who have excelled quicker than I have. And It took me sometime to realize that thats OK. I’ve learned that we all have our own individual journeys, and what I’m destined to receive will come to me in due season.

Do you believe that men of color are championed enough in the mainstream? If so, in what regard?

I’m going to say no by how long it took me to try to think of an outlet that does praise men of color. Unfortunately, the only platforms I know of that praise African American men are outlets cultivated by African Americans, and it shouldn’t be that way.

Why is it important that BE Modern Men like you are represented in your industry?

I think it’s so important now more than ever with all of the injustices going on in our country right now. I want every young black individual in America to be able to look at my life say, “I’m going to go after my dreams and aspirations just as he did.” I want every American to be able to see black men shown publicly in a positive light. And last but not least, I want our law enforcement to stop mistaking us black men for shooting targets. People believe what they see, and if more people witnessed black men being praised for their success, I believe some change may actually come.

As a man with a strong character, how do you see your own impact within your community?

Unfortunately, a majority of my work is in New York and Los Angeles, so I haven’t had the opportunity to really impact my community at the magnitude I would like to. However, I most definitely intend to later down the road.

Mainstream media often paints people of color inside a box, one that limits them to a shortlist of stereotypes. How do you see your own narrative as enabling others to change the conversation and break free from the conventionality placed upon the African American community?

I think my accomplishments can and will change the negative stereotypes and discriminatory mindset against the black community. I think timing is key.

What does a BE Modern Man mean to you?

To me, BE Modern man means hope for change.

I would most definitely like to thank BE Modern Man for acknowledging me as an inspirational figure who deserves to be celebrated. I am so humbled and grateful for this opportunity, and I pray that this article will inspire millions.

Black Enterprise salutes Elijah Boothe for his continuous effort to show millennials how to build, create and maintain a successful brand. Because of his work in fashion and the media, generations young and old,  can view this young creative living out his dreams  — that is why he is a BE Modern Man.