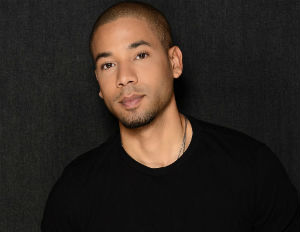 In Empire, Lee Daniels and Danny Strong’s record-breaking series, Smollett plays Jamal Lyon, drawing raves for his musical performances. The talented actor-singer-songwriter has appeared in The Mighty Ducks, Rob Reiner’s North, Alex Haley’s Queen, and in Revenge and The Mindy Project. He starred with his five real-life siblings in the network comedy On Our Own. Smollett received rave reviews for his portrayal of Magnus, a gay medical student hosting his college friends in New York City, in the 2012 film The Skinny.

He will next be seen in the new WGN thriller Underground in 2016 and he is currently recording his album, described as a mix of pop and soul with alternative hip-hop beats. The acclaimed entertainer is also involved in numerous humanitarian pursuits, sitting on the boards of the Black AIDS Institute, Artists for a New South Africa, and the RuJohn Foundation.

Previous hosts of AfroPoP include Idris Elba, Anika Noni Rose, Wyatt Cenac, Gabourey Sidibe, Anthony Mackie, and Yaya DaCosta. “AfroPoP’s engaging, real-life tales add to the collection of rich Black stories that audiences are clamoring for and I wanted to be a part of bringing them to national attention,â€ said Smollett in a statement.

“Jussie is an immense talent with a huge heart and a global perspective on issues, making him the perfect choice as host of the series,â€ added NBPC Director of Programs and Acquisitions and AfroPoP Executive Producer Kay Shaw. “The range and diversity of the content presented appeared to have really resonated with him and he was an informed host, contributing his knowledge of the issues addressed in the documentaries.â€

The five-week series takes viewers on a journey of hope through three continents and the Caribbean.

For details on AfroPoP, visit www.blackpublicmedia.org. Viewers may find out when and where to watch, including additional air dates for each of the episodes, by checking local listings or online at www.APTonline.org.

To check out the trailer for the season, click here.