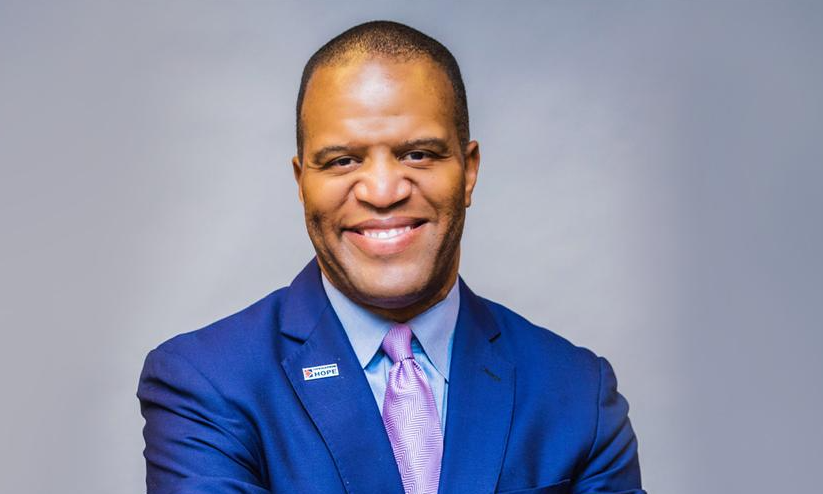 John Hope Bryant is a social entrepreneur, author, and successful business leader who preaches financial literacy and education as a pathway to economic liberation for Black people.

In addition to building a $125 million real estate portfolio with his Promise Homes Company, over the last 30 years Bryant has grown his organization Operation Hope into a massive nationwide enterprise. With a $50 million annual budget and physical offices in 30 states and through its economic justice work, Operation Hope has driven just under $4 billion in private capital to low-income communities across the United States.

His latest initiative, 1MBB, aims to create a million Black-owned businesses in 10 years, leveraging a $130 million commitment from Shopify, as the centerpiece for creating wealth.

We sat down with Bryant for “Tea Time,” a new weekly business show produced in partnership with the Suites and Passbook Ventures. Our casual conversation evolved into a masterclass in leadership.

When asked how as a Black man he leads a team whose members don’t necessarily look like him, he says that “there are three types of mindsets: a surviving mindset, a thriving mindset, and a winning mindset.”

He explains: “Winners are builders, thrivers are the middle class, and surviving are those who may be depressed and beaten down by the world. Whether you believe you can or you can’t, you’re right, and so if you believe racism is real, you’re going to see racism wherever you go. It becomes self-affirming…You can’t be profiling on the job. You’ve got to be not a Black leader, but a great leader who happens to be Black.”

Delving deeper into the mindset of a successful business leader, Bryant offers five basic tips that you need in life, and if you get these five things, no one can keep you from greatness. Each of these is unpacked in great detail in John’s latest book, Up from Nothing.

“I’ve had a couple folks who worked for me, who resented that I was African-American and they were white, and they tried to take one of my companies from me,” he admits. “And, at the end of the day, when the music stopped they didn’t have a chair, I did. What I had to do was, not be emotional not give them a legal or other reason to say I’m liable.”

Removing your emotions and ego from business means recognizing that, “Capitalism is a gladiator sport and you can’t take this stuff personal. You’re being targeted not because you’re Black, but because they want all the marbles…Slavery was about bad capitalism–they could care less about Black people, they are trying to become rich and wealthy on the backs of free labor.  I decided I was going to win the war and not the battle, but at the right time, I decided when they were out.”

Bryant also discusses his latest initiative, 1MBB, which aims to create one million Black-owned businesses in 10 years through wrap-around resources, coaching and financial support. He was able to strike a $130 million deal with Shopify, a billion-dollar multinational e-commerce platform.

After submitting a proposal for the 1MBB program, Bryant didn’t initially hear back from Tobias (the email went into the Shopify CEO’s spam), but even that delay didn’t deflate John’s efforts.

“Even if Tobi had not responded to that email, you know what I would have done? Emailed someone else. Because, at that point I knew it was a good idea,” he says. “There are 8 billion people on the planet. If someone isn’t talking to you. Just go talk to someone else!”

To hear more about John Hope Bryant’s approach to leadership and Operation Hope’s community programs, including how to get involved in his 1MBB initiative, check out the recent episode of Tea Time.