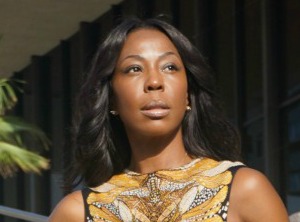 When Corrie Harris noticed a disconnect between the mainstream fashion world and multicultural designers, she launched EnTouch Fashion, a public relations and marketing agency for both up-and-coming and established designers. To date, she’s helped black fashion designers land placements on TV/Films: Empire–season 1; Zoe Ever After, starring Brandy Norwood; and Spike Lee’s latest movie Chi-raq. Although EnTouch Fashion’s primary focus is to provide a platform for designers of color, the platform is all-inclusive.

So, how did she do it? Sum it up to passion, persistence, and relationships. Harris’s journey into the world of entrepreneurship speaks volumes about the need for business owners to build and sustain great relationships. Before establishing EnTouch Fashions as an agency for designers, it was a blog to showcase her love for fashion. But reconnecting with an old acquaintance, costume designer Rita McGhee, began the journey for ETF into a platform for brand placement. “Rita McGhee ofÂ Empire (season 1),Â believed in my vision and provided me with the opportunity to put my business to the test for the show. It was now or never, says Harris.”

BlackEnterprise.com caught up with the enterprising trailblazer to learn more about her journey.

BlackEnterprise.com: Tell us a bit about your background.
Harris: In the 1990s, I was a very young wife and mother of two children. I started off as a union actress in the entertainment industry. Unhappy and unsatisfied with not having the type of control I desired over my career, I worked off and on for the next two decades assisting my husband in styling big name celebrities as well as working on various television shows from time to time. My husband’s career in the entertainment industry as a celebrity stylist, costumer, and designer allowed me the opportunity to meet and connect with a number of industry influencers. I was also able to see there was a need for designers of color to get a solid opportunity to have their designs seen by major fashion influencers in the entertainment industry.

Your business began as a blog. How did you know you were ready to make the
transition from a blog to business, focused on brand placement?
Once my two oldest children became less dependent and went away to college, I had more time to focus greatly on my dream of becoming an entrepreneur. I first created the fashion blog, which allowed me to provide a platform specifically for designers of color all around the world whom I admired. I was aware of what I wanted my next phase to be but would have to wait for the perfect opportunity.

What’s your greatest accomplishment?
Landing EmpireÂ as my first official ETF project is my largest accomplishment to date. To watch “brand features” ETF facilitated being worn by Taraji P. Henson, Grace Gealey, Ta’Rhonda Jones and other cast members, “blew my mind.” And, my business provides the opportunity for designers’ “fashions” to be seen by major influencers within the entertainment industry (costume designers) and digitally.

What was your biggest challenge in business? How did you overcome it?
Time management has been the biggest challenge in running my business. I have learned to prioritize, not procrastinate, and to “do my most important work FIRST!” Multitasking rarely works, despite what everyone says. This year I’m making a commitment to focus more on each task at hand. Learning to be more present and in the moment has shown me to be more effective for my business.

What are the daily habits that lead to your success?
Waking up before sunrise to walk allows me time for meditation and affirmations. This daily habit truly helps me start and end my days with balance: spiritually, mentally, and physically.