Build, Connect, and Elevate your Business at the Entrepreneurs Summit 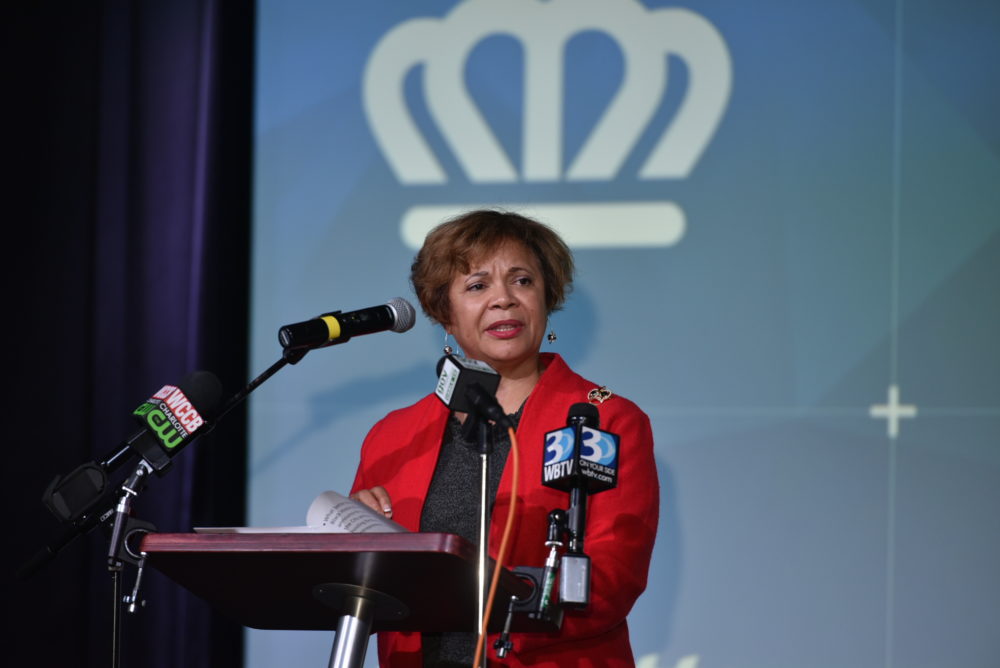 (Mayor Vi Lyles discuss how the partnership between BE and Charlotte with advance economic mobility. Photo: Tyrus Gaines)

The time that entrepreneurs and small business owners have been waiting for is finally here. That’s right! It’s time to kick off the 23rd Annual Entrepreneurs Summit presented by Nationwide. From June 6–9, over 1,000 professionals will gather in downtown Charlotte for three days of building and connecting so that they can take their business and ideas to the next level and elevate.

It has been 10 years since Black Enterprise last held the summit in Charlotte, also called “the Queen City,” and with all of the rapid growth in the area, there is no better time to return than now. With over 13,000 black-owned businesses in Charlotte, we are partnering with Mayor Vi Alexander Lyles and the City of Charlotte to contribute to the bustling economy and foster entrepreneurship in the community. So, please believe us when we say that the Entrepreneurs Summit is the place to be.

This year, we have an all-star lineup of over 79 businesswomen and men, moguls, business coaches along with a host of community partners local to Charlotte. The event will open with the hustle and bustle of the BizHub and a high energy speed networking session with social entrepreneur and founder and editor of Smart Hustle magazine, Ramon Ray. In addition to exhibitors, this year’s BizHub will include the Bankers Row featuring Wells Fargo, Fifth Third, Citizens Trust, and M&F Banks; business coaching; and the AT&T Lounge where people can power up.

Heavy hitters like Mark Cuban, owner of the Dallas Mavericks will join Earl “Butch” Graves Jr, president & CEO of BLACK ENTERPRISE for a fireside chat on how he became the ultimate maverick. And Tip “T.I.” Harris, entrepreneur, entertainer, and actor will be sharing how he’s navigated the world of business and entrepreneurship along with its challenges and all. We will also be joined by game changers like Janice Bryant Howroyd, founder and CEO of ActOne Group; Bryon Allen, comedian, producer, philanthropist, chairman and CEO of Entertainment Studios; R. Donahue Peebles, founder, chairman and CEO of The Peebles Corp.; and Troy Taylor, chairman and CEO of Coca-Cola Beverages Florida L.L.C.

In addition to our speakers, we have crafted some of the most timely and relevant sessions for entrepreneurs on cryptocurrency, the laws of cannabis, women and entrepreneurship, monetizing social media, access to capital, winning government contracts and so much more!

And if you haven’t heard, we’ll be hosting the first-ever Pop-Up Pitch competition in addition to the Level Up, Pitching for Dollars elevator pitch competition where four black women entrepreneurs will vie for the grand prize of $10,000. And for all of the foodies, we are also partnering with BBOC and the City of Charlotte for Food Truck Thursday, which will be the ultimate taste of the South featuring 20 black food vendors.

Our sponsors also have engaging activations and sessions planned for attendees as well. Our host sponsor, Nationwide, will be bringing Dr. Lynn Richardson and hip-hop culture icon, actor, philanthropist, and entrepreneur MC Lyte for an interactive workshop on designing your business M.A.P.  And Toyota will be hosting an exclusive mastermind session to help entrepreneurs receive professional advice from C-level experts, mentoring, and co-working space for attendees who need to get work done while on the go.

Informative and Actionable Sessions for Entrepreneurs

Other timely sessions like “Doing the Right Thing: Growing Revenue Through ‘Principled Entrepreneurship’” hosted by Koch Industries and Business and Beer: Entrepreneurs, Come On and Raise Up! presented by MillerCoors and the connect break hosted by Fifth Third Bank all tie into this year’s theme of build, connect, and elevate. And we are glad to have Day Runner, FedEx, Walmart, NC Education Lottery, Carolinas-Virginia Minority Supplier Development Council and Visit Charlotte invest in making the Entrepreneurs Summit the premier event for small business owners and entrepreneurs of color.

And just like every year, we will be honoring and recognizing the BE 100 Companies, Small Businesses of the Year and the BE Trailblazer Award winner at the BE Entrepreneurs of the Year Celebration.

If you can’t tell, we are excited about bringing BE back to the QC and look forward to the lasting connections that will be made at the Entrepreneurs Summit!