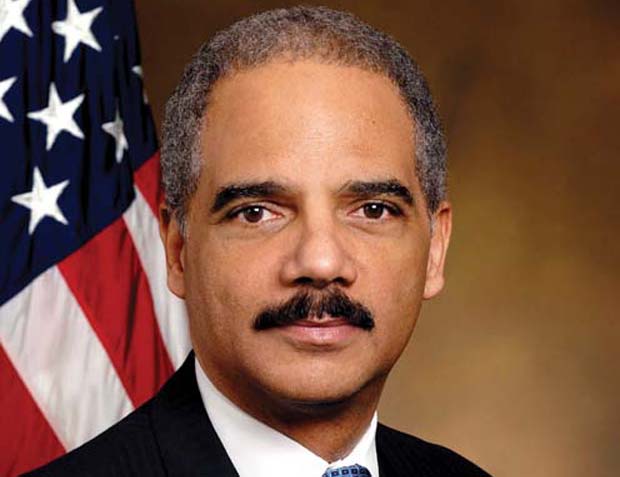 On Tuesday, appearing as a guest on SiriusXM’s Joe Madison Show, former Attorney General Eric Holder weighed in on Rod Rosenstein’s fate as Deputy Attorney General in the tumultuous Trump White House. Here is an excerpt from the interview:

“I’ve known Rod for maybe 20 years. He’s a person of integrity. My advice to him would be to not resign. To do the job as he has done. We disagree on policy on a lot of different things.

But, I think he’s done the job in an honest way. He has allowed the Mueller investigation to proceed. And, if that is going to result in his being fired well, so be it. Don’t give them the satisfaction of a resignation.”

…“This is a like a two-act play. First act is, does Rod Rosenstein leave the Justice Department and the second act is who takes his place and what does that person do with the power that he or she has.

That is unacceptable and if something like that happens, the American people have to really raise their voices.”

Rosenstein has been embroiled in controversy since last week. The New York Times reported last Friday that Rosenstein suggested he should secretly record President Trump to “expose the chaos consuming the administration,” and that he discussed recruiting White House cabinet member to use the 25th amendment to oust Trump from office.

The Deputy Attorney General called The New York Times piece, “inaccurate and factually incorrect.” However, many are speculating about how long he will keep his job in the Trump administration.

On Monday, Axios reported that Rosenstein had offered his verbal resignation. Since that news broke, however, the news company updated the story to state that is was “unclear whether his resignation has been accepted.”

Rumors have been circulating that Trump is furious with Rosenstein because the Deputy AG is cooperating in the Russian collusion investigation headed by Robert Mueller, and over The New York Times article. Speculation abounds that Trump wants to fire Rosenstein.

Trump has also made his displeasure with Rosenstein’s boss, Attorney General Jeff Sessions, very public. On the Sirius show, Holder also spoke about Sessions when asked if he thought Sessions will remain with the Trump administration.

“That’s for Jeff Sessions to try to figure out. I can’t imagine what it’s like to serve as an Attorney General when you have a President who is consistently and constantly attacking you. It clearly wasn’t the experience I had as AG. The concern I have is about a Justice Department leadership that’s in turmoil. If Rod Rosenstein is removed, if Jeff Sessions is removed after the election you would have a Justice Department that could be led by people who are only there in an acting capacity. Not having a Senate-confirmed Attorney General and Senate-confirmed Deputy Attorney general is not for the Department or for the administration of Justice and that would be a very serious thing.”

Since serving as AG under President Obama, Holder has remained quite active. Last year he was hired by Uber to review sexual harassment allegations by a woman who worked at the ride-sharing company as an engineer.

Also in 2017, California lawmakers hired Holder as a legal adviser as they geared up to go to battle with then President-elect Donald Trump, to take on issues in court regarding the federal government for the next four years.