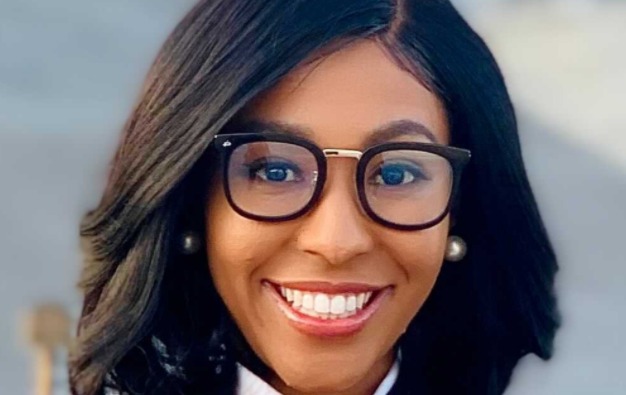 “Yesterday was my last day in the House Majority Whip’s office. Though it is difficult to leave my extremely talented Hill colleagues, I will not be going very far,” Loewe said. “Today, I begin a new role as the Director of African American Media to President Biden at the White House.”

Loewe also said that it had been the honor of a lifetime to serve as Deputy Communications Director to House Majority Whip James E. Clyburn and Financial Services Committee Chairwoman Maxine Waters, particularly during this historic period.

“I will always be grateful to Whip Clyburn, Chairwoman Waters, Yebbie Watkins and Charla Ouertatani for the privilege of being a part of their teams and the numerous lessons they’ve taught me,” Loewe added.

Before ending the email, the new Director of African American Media for the White House remarked that her most valuable lesson learned was to always respect the Chair.

Loewe’s career journey has always been headed in an upward trajectory. In 2012, she was included in BLACK ENTERPRISE‘s roundup of recent college graduates who offered advice about making the best first steps into the job market.

“Taking initiative is definitely OK: “Initiative is important, and I don’t think I was brave enough to take initiative when I first started working. Employers often appreciate that as long as you don’t step on their toes. Don’t be afraid to get to work early or stay at work late to get the job done. People will notice. Dress professionally and be yourself. Your appearance and attitude matter way more than you think,” Loewe said.

At that time, Loewe worked as the events coordinator for the University of Florida President’s Office. According to her LinkedIn profile, her field of study at the university was Public Relations/Education.

Loewe offered additional career advice on her Facebook page in 2013 about building credentials, interning, and the importance of connections. Her practical advice serves as a practical roadmap to earn future employment opportunities which could lead to a breakthrough.

We’ll be tuned in as Loewe continues on the path of Black excellence.