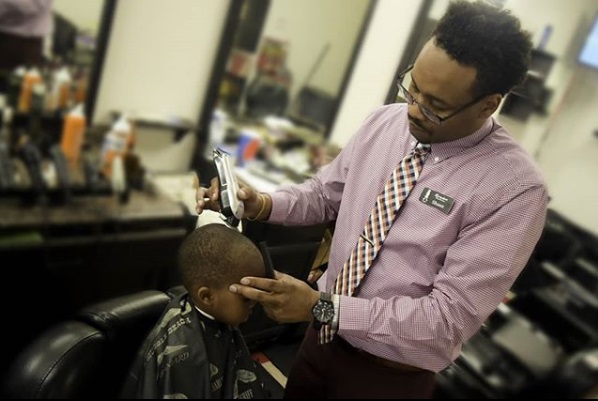 According to BlackBusiness.com, Shaun “Lucky” Corbett, an ex-felon, has opened a barbershop inside of a Walmart.

“I want to open a Lucky Spot in every inner-city in America,” he tells Charlotte Agenda. “I want it to be the standard of what community barbering is.”

Corbett was 18 when he was arrested for carrying a concealed weapon, and caught a charge at 19 when he was caught breaking and entering, and an additional one at 21 when he was arrested on DWI charges. In 2001, he caught a break when the police stopped a car he was in and saw him stuffing a bag of cocaine in between the seats but the charges were dropped because it was declared an illegal search.

That was all he needed to head back to the right road to an honest life. He faced barriers since no one wanted to hire a former felon and when he applied for a job at Value City, he left the criminal history box blank and, landed an interview. At the interview, he confessed that he was once in jail to the hiring manager, and his honesty paid off with getting the job. After working there for more than two years, he worked at Family Dollar, then enrolled in No Grease barber school.

By 2006, he was a full-time barber with his own chair and was able to buy his own barbershop where he worked on North Tryon Street. And now, he has a barbershop at his local Walmart.

“Every time that you see that name and that logo inside of Walmart you’re going to know what it stands for.”