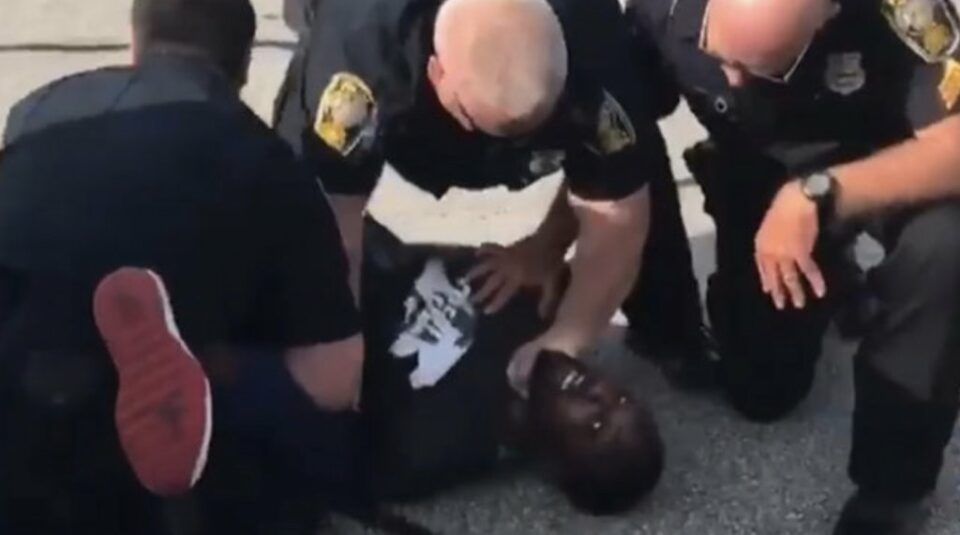 Attorneys for Desmond Marrow said he had reached a "record amount" settlement for a "non-death, officer-involved use of force case in Henry County." (Image: Twitter/@BSO)

Former NFL player, Desmond Marrow, who was choked by a Henry County police officer during a 2017 arrest has reached a record settlement with the county.

Marrow, who was briefly with the Houston Texans, but never played in a game, was choked by a Henry County officer while in handcuffs during a road rage incident in 2018. The officer, David Rose, was initially cleared within days, but when cellphone footage was made available, the department reversed course and fired Rose.

Marrow filed his civil suit days after Rose was fired and Rose pleaded guilty to simple battery in September 2020. As a result, he will no longer be able to work as a police officer.

The settlement amount remains undisclosed, however Marrow’s attorneys said in a statement the settlement “marks a record amount for a non-death, officer-involved use of force case in Henry County.”

“We are pleased that Henry County has decided to resolve the case brought by Desmond Marrow and for a record amount for a non-death case. Most significantly, the officer who choked Mr. Marrow pleaded guilty to battery, surrendered his law enforcement certification and will never work in law enforcement again — two rare conclusions in use-of-force cases,” attorneys Chris Stewart, Dianna Lee and Andrea Boyd said according to the Atlanta Journal Constitution.

According to Marrow’s lawyers, the incident began when the former Texan followed two men that called him racial slurs and threw hot coffee into his vehicle at a Target parking lot. A witness called police and reported Marrow was carrying a weapon. Once the cops were on the scene, Marrow cooperated with the officer’s demands.

In a scene eerily similar to the death of George Floyd, video shows Henry County police slamming Marrow to the ground while he was cuffed. Additionally, one of the cops grabbed Marrow by the throat choking him as he said he couldn’t breathe. The former Texan was charged with making terroristic threats, reckless and aggressive driving, but those charges have since been dropped.