Kim Osorio Talks Reality TV and Life After The Source 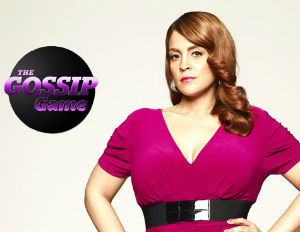 Kim Osorio has had her fair share of reality as a woman in the hip-hop industry. Osorio oversawÂ The Source’s highest-selling issues as editor-in-chief and endured gender discrimination from former owners Ray Benzino and Dave Mays. In 2005, she filed filed a lawsuit against The Source alleging sexual harassment, gender discrimination, defamation, retaliatory discharge, and maintaining a hostile work environment and later won. In 2008, the wife and mother of three released her memoir, Straight From The Source: An Expose From The Former Editor In Chief of the Hip-Hop Bible, which detailed one of the most challenging periods of her career. The veteran hip-hop journalist has since returned to the legendary magazine and has made her reality TV debut this season on “The Gossip Game.â€

In this exclusiveÂ BlackEnterprise.com interview, Osorio talks building her brand, her role as “matriarch” on the Vh1 show, and life after The Source.

BlackEnterprise.com: As an industry veteran, what made you decide to do the show?

Kim Osorio: I think the industry is changing. You have to build your brand and put yourself out there. I’ve never had an issue with putting myself out there. I wrote my book, Straight From The Source and put a lot of stuff out there. I felt like this was a way to leverage my brand that I want to build. I see personalities are standing out a lot more than the brand. Whether it’s The Source, a magazine or an online Website, it’s great to know that you’re representing yourself. I wanted to help build my brand to stay relevant. It was a new avenue for me—a new opportunity.

Do you think being on a reality show, especially because of some of the negative criticism that Mona Scott-Young has received, tarnishes your brand in any way?

It’s interesting when I hear people say that about Mona. How can you blame Mona for your actions? People are watching it. If people are going to continue to watch a certain type of television, then producers are going to continue to make it. It’s a business that is flourishing and that is giving a lot of us these types of opportunities. There are a variety of shows that you can choose from. I think it speaks volumes that people continue to watch the shows.

On the season premiere, Sharon Carpenter made a statement about bloggers being at the bottom of the proverbial media ladder. As a trained journalist, do you agree?

Bloggers right now are the new celebrity. I’m a writer. Whether I’m writing for print or blogging online, I’m always going to write. The platform is just that. We’ve always had bloggers. We’ve had them in print before. We’ve always had writers in print who were not journalists, but rather blogging in print. It’s really the platform that we’re talking about. The same way you may look at a blogger and say, “Hey, that person didn’t fact check. They’re just putting false information,â€ there are print journalists who do the same thing. It’s really about making sure that editors, those who are representing the culture, are proofreading that. … I don’t think there’s anything wrong with bloggers. They have a very distinct personality and voice, and that’s what I think makes them successful.

Mona [Scott-Young] called you the “matriarchâ€ of the show. Do you feel like that’s been your role?

I have a relationship with all of the girls individually. I didn’t know all of them prior to the show. Vivian and [Miss] Drama were the two that I did not know. I definitely respect what they do. I did a lot of research on them because I wanted to know who I was going to be on the show with. I respected their grind because I know what it was like coming up so I took to them. Both of them have distinct personalities and they are both very talented. I think people are into the hustle and grind and seeing people come up.

The role that I play is someone who could listen and talk to these girls about different things. I learned from them hopefully as much as they learned from me.

You got quite mix of criticism and praise when you first released your book. Do you still receive backlash today?

I got a lot of love for writing that book. It was a very limited group of people who had an issue with me talking about personal relationships that I had. I wrote a story, and those relationships that I was in at the time contributed to the storyline. That’s why I chose to put that in there. I’ve never held anything back. This is what I’ve done. But that wasn’t what the book was at all. It was about being a woman in the industry, the double standards dealing in hip hop, and why I decided to file the lawsuit. Those were all motivation for writing the book. But it goes to show how sensational some people are.

What’s next for you and your brand? Where do you see your career transitioning?

I’ve gained all of this experience, and I’ve been working for a check for a long time. I’ve got bills to pay, kids to feed. I’ve always had to work. I thought, if I put my mind to it, I can work for myself. I want to build my brand. I want to build myself as an entrepreneur. Even watching Mona has showed me some things… I’m on the road to entrepreneurship. I won’t feel like I’m there, until I’m really there. It is important for me to set that goal.

As someone who is a veteran in the game, do you think it’s time to step aside and let a new era of writers, journalists and media personalities come in?

My official title is the VP of content and editorial for The North Star Group. The goal when I came back a year ago was not to go back to the editor-in-chief role but to grow the brand across other platforms. Having to do the editor-in-chief job again is something that’s second nature, but it’s not growing me. What [expands my career] is working with the younger staff. I love that part of my job. I love bringing in new writers who are fresh out of college and they live and breathe hip hop. That’s the part of my job that I love. All of the other stuff, I’ve done this. I want to move on. That doesn’t mean I’m going to just leave, but I definitely don’t see myself in this role for too much longer.