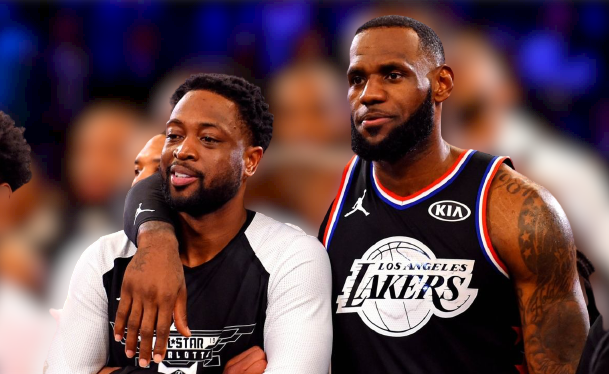 Twitter)
Joining a list of high-profile NBA stars that have made similar investments, Dwyane Wade has become a part owner of the Real Salt Lake (RSL) franchise in Major League Soccer (MLS).

The investment by the former NBA Champion is tied to a transaction by Smith Entertainment Group. Per Essentially Sports, Wade purportedly joined the group when it acquired the Utah Jazz. Wade announced his new holding after Salt Lake City confirmed the acquisition.

With the deal, Wade joins an esteemed roster of NBA players who “own or partly own stakes in soccer teams,” according to Essentially Sports. The amount of Wade’s personal investment in the soccer team—which was reportedly acquired for $400 million—was not disclosed. But the former three-time NBA Champion and All-Star talked about his investment on Twitter.

Excited to join the soccer world and be part of @realsaltlake alongside my partners at Smith Entertainment Group @RyanQualtrics and @ryanjsweeney. Let’s go! pic.twitter.com/HEsPrU5igO

According to Sports Illustrated, RSL was owned before “by Dell Loy Hansen before the team was put up for sale in August 2020 after he made racists comments.” The news outlet disclosed the league took over the team’s sales process in January 2021 when the team did not find a buyer.

Wade unites with NBA stars who have invested in soccer teams.

According to Essentially Sports, “Kevin Durant has a 5% ownership stake in the Philadelphia Union. James Harden owns a 5% holding in the Houston Dynamo. Both teams are rivals of the RSL in the MLS. At the same time, LeBron James spent $6.5 million to acquire a 2% stake in the Merseyside club, Liverpool.”

Making investments after his legendary NBA playing days is not new to Wade. He and his celebrity wife,  Gabrielle Union, launched a baby skincare brand last June known as Proudly, per BLACK ENTERPRISE.

According to Forbes last month, Wade became the most recent athlete to enter the fast-growing marijuana industry by kicking off a cannabis line with the California cannabis brand Jeeter.