Expert: Black Women Should Be Empowered At Work, Not Forced To Make Changes 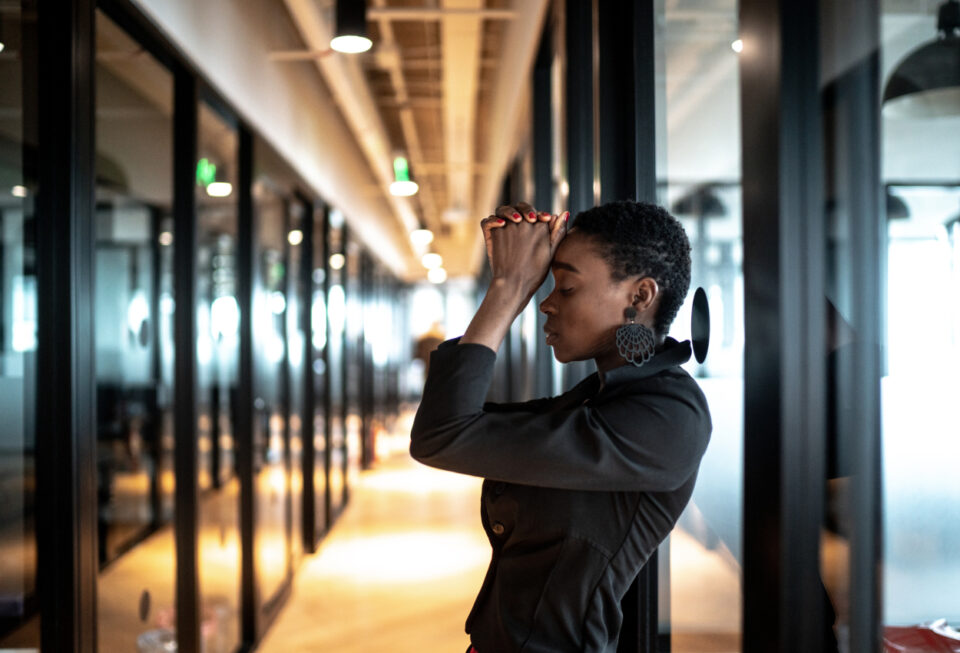 There is no denying the work ethic of Black women. But, when it comes to the workplace, Black women often battle with not feeling worthy, appreciated, or supported.

The discovery comes from a new report by Every Level Leadership. The workplace diversity, equity, and inclusion (DEI) consulting firm uncovered that some 72% of Black women must “code-switch in the office” as part of their approach to career advancement. Over 50% of those surveyed reported that they faced hardship teaching co-workers about diversity, equity, and inclusion.

Hence, the analysis pointed out that 88% of Black women disclose encountering burnout in their careers, inciting the need for effective change where they work.

However, if you’re a Black woman trying to facilitate these changes in the office, doing it the wrong way could potentially harm your career, according to Ericka Hines, founder of Every Level Leadership and a DEI expert.

“There is data out there that says when women and people of color bring up issues around DEI, the impact is that they can be considered troublemakers,” Hines told CNBC Make It. Hines advises Black women on the right way to facilitate change in the workplace.

Pursuing this work is an option, not an obligation

The burden of being a Black woman professional is present in every workplace, extending from entry-level positions to executive roles. When it comes to helping DEI progress in the workplace, Hines maintains carrying that load “isn’t a responsibility: It’s a choice.”

“You get to have the choice about whether or not you want to fight on behalf of your peers,” she told CNBC.

“I don’t want every Black woman to feel like, ‘I have to make this organization better.’”

Trying to be an outperformer can too lead to burnout.

“I’ve heard so many Black women say, ‘If I don’t perform this way, or if I don’t do this on my job, it’s going to look bad on all Black women,” Hines says.

“It’s enough of a burden for Black women to show up to work every day, let alone have to overachieve.”

Avoid trying to facilitate change by yourself

“Never do that alone. Not just to protect yourself but also to protect your professional reputation. And don’t go in there with 14 other Black women unless you also have some solidarity [from others] behind you.”

Workplace DEI should come from company leaders; it’s not your chore

Further, Hines suggests remembering to stay mindful that “workplace DEI is a company issue, not yours,” per her comment to CNBC. She noted companies have a duty to create inclusive environments, allowing them to support and promote Black women in the workplace fully.

“If you want it to be a place where Black women feel like they can bring more of themselves into work, then you as an organization need to do the work to make that happen,” she told CNBC.

“I don’t want to ask [Black women] to have an additional responsibility.”