Facebook Live is a Ballerâ€™s Platform and Great for Entrepreneurs 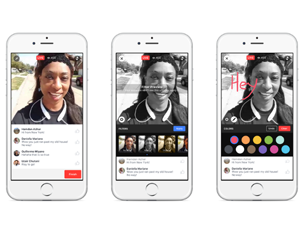 Facebook Live is the social media company’s new video platform. With it, you can broadcast videos from anywhere at any time or view others’ videos. According to a recent report from The Wall Street Journal, the company is paying big money to high-profile celebrities and media organizations to create content.

Facebook is shelling out more than $50 million to celebrities including Kevin Hart, NFL quarterback Russell Wilson, Deepak Chopra, and chef Gordon Ramsay for their use of Facebook Live.

Media companies such as The New York Times and Huffington Post are also partnering with Facebook to create video.

In April, two BuzzFeed employees streamed a Facebook Live video showing them placing rubber bands around a watermelon until it exploded. That video received over 10 million views.

While Facebook is likely not paying you millions to broadcast, as an entrepreneur, you can still leverage the platform to make your business flourish with: