The Life Of Earl G. Graves Sr. Was Celebrated In A Ceremony At Morgan State University 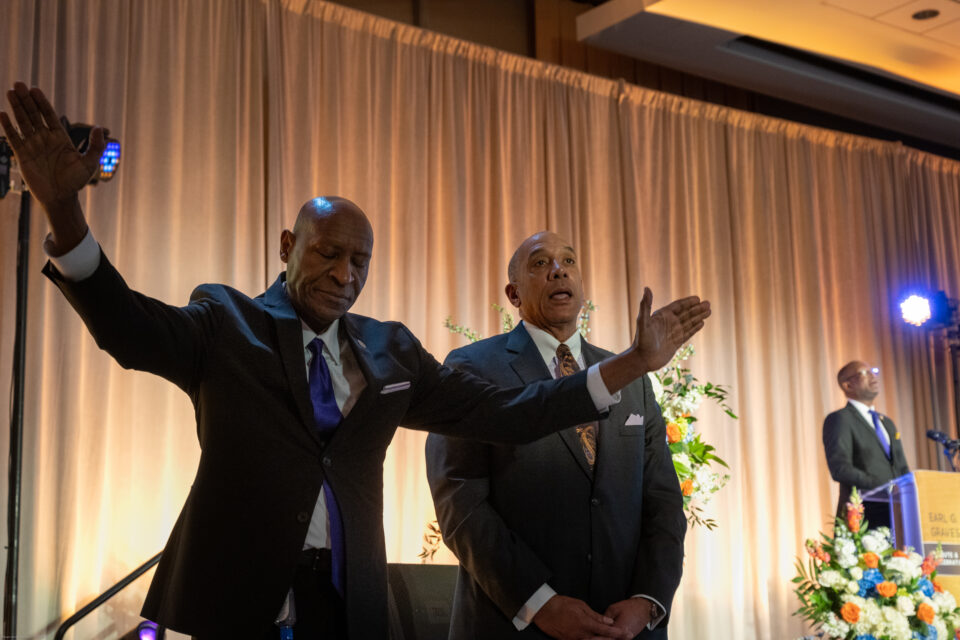 A loving, in-person tribute and celebration of the life of Earl G. Graves Sr., the iconic businessman, entrepreneur, and founder of BLACK ENTERPRISE was held at his alma mater Morgan State University Wednesday afternoon.

The event was full of tears and laughs as friends, family, and employees spun stories about his sense of humor, his dedication to hard work, and his impeccable fashion sense.

The tribute included a video showcasing Graves’ life and times and featured photos of him from his time at Morgan State University to the start and success of BLACK ENTERPRISE Magazine.

The event was the first time family and friends had the chance to gather and look back on the long and accomplished life of Graves since his death on April 6, 2020 at the age of 85, after a long battle with Alzheimer’s disease.

His oldest son and current president and CEO of BLACK ENTERPRISE, Earl “Butch” Graves Jr. discussed his dad’s life, telling stories about how he and his two younger brothers Michael and Johnny were raised tough growing up and how their dad lived for and loved his family.

“The remarkable thing about my Dad was that no matter how busy he was with work commitments he ALWAYS found time to be present at our sporting events and activities,” Graves Jr. said through tears.

“He would attend our basketball games in High School and College and wear this embarrassing sweatshirt that said simply ‘Graves Dad’ while banging loudly on a cowbell. It did not faze him what others thought about his style, and in classic Earl Graves charm was able to convince other parents on our team to start wearing similar sweatshirts that he would proudly provide for them.”

BLACK ENTERPRISE Executive Vice President and Chief Content Officer Derek Dingle spoke glowingly of Graves and how much respect and admiration he had for him, even before they met.

“To me, Graves is my hero. He was my hero before I even met him,” Dingle said. “When you grow up as a young man without a strong male role model, you look for a father figure someone to fill that void.

“Coming of age I discovered that father figure in a copy of Black Enterprise Magazine monthly on the publisher’s page,” Dingle added. “He was powerful, bold, courageous, and unequivocal. He would not concede an inch to ensure that African Americans gained access to opportunities and their rightful place in society.”

Many members of the Graves family, including his sons and grandchildren, also had heartwarming words for Graves.

Rev. Al Sharpton could not attend due to a scheduling conflict.

Graves graduated from Morgan State University with an economics degree in 1958 and consistently gave back to his alma mater, knowing that the education of Black Americans like him has the potential to open up a world of opportunity and success. The university’s School of Business and Management is named after him

During the ceremony,  Morgan State President David Wilson told the story of how when he met Graves, he told Wilson about the first time Graves let his kids drive his car.

“Earl said he took his kids around the car and showed them that there were no dents, no scratches and a full tank of gas, and told them that’s the condition he expected the car to be returned,” Wilson said. “At the end, he said he expected the same with me taking over Morgan State.”