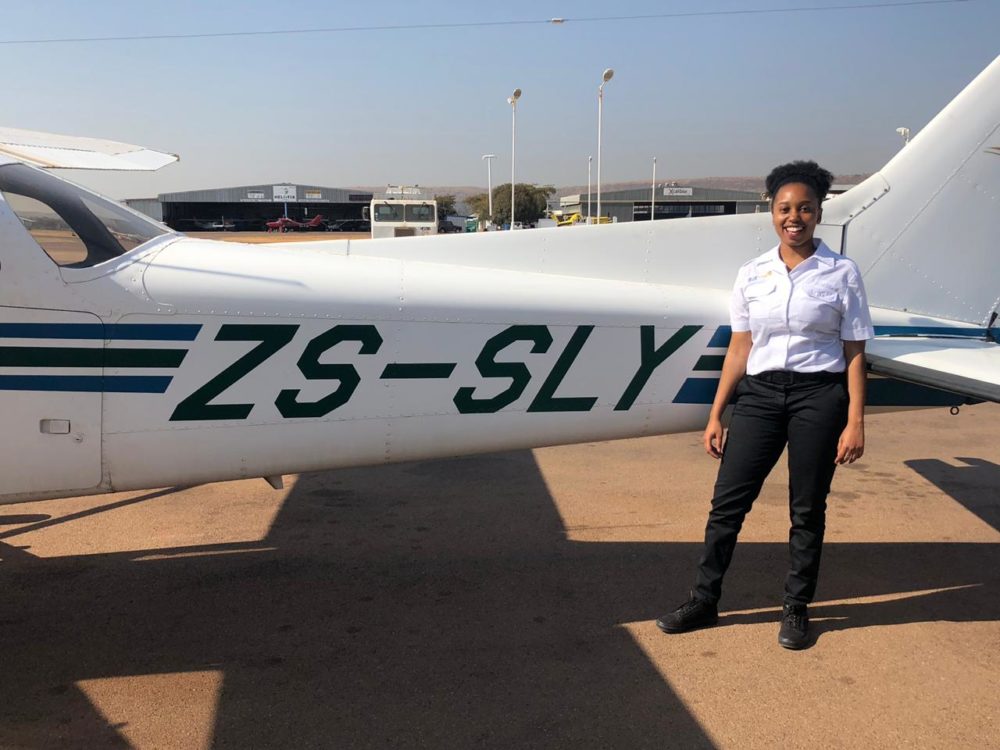 A woman from Atteridgeville, a township in South Africa, is using her baking talents to help her niece attend flight school. Doris Temba is selling her biscuits to raise money for her niece, Tshepang Ralehoko, to be able to fulfill her dream of becoming a pilot.

Temba sees Ralehoko as her very own daughter and in an interview with News24, expressed that she did not want her to give up on her dreams. “From the age of 4, she had a passion for flying.”

Although Ralehoko is only on her second stripe, she has dreams that once she becomes a pilot, there will be more African female pilots taking off into the sky with her. However, flight school is quite expensive.

Before Temba came up with the idea to fundraise, she and Ralehoko had been gathering their money for her to take flight lessons at Blue Chip Flight School in Wonderboom Airport.

However, when they began to run out of money, they discussed how Ralehoko can continue with her education. That’s when they realized they were both great bakers and decided to sell baked goods to fund her schooling. Temba offered baked goods to individuals and companies who want to treat their staff to some sweets.

Friends and family who heard about this goal helped them out by creating flyers and sharing Temba’s services on Facebook as well as WhatsApp. It didn’t take long for orders to start coming in.

As Ralehoko states, “I feel very grateful. My mom and my aunt started teaching me to bake when I was 4 years old. I’m not doing this just for myself. I’m trying to create the drive to fund other people in the future that are also black and female.”