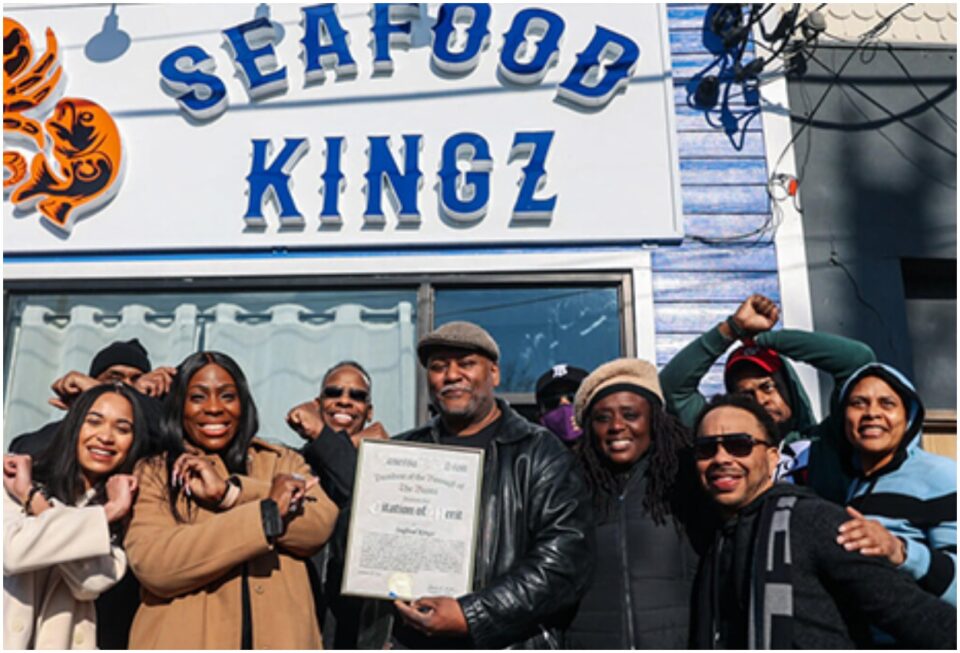 Meet Darryl Lelie and his family, the owners of Seafood Kingz 2 on City Island in Bronx, N.Y., making it the first Black-owned restaurant in the area.

Darryl, who has been in the restaurant industry for 20 years, established the first Seafood Kingz restaurant in September 2019 on Linden Boulevard in Queens. Even during the pandemic, the business has been doing great enough for him to decide to open another location in South Bronx, which was eventually closed due to complications in the expansion.

Fortunately, a new opportunity came in City Island where they coincidentally found that the location they wanted to occupy five years ago was now for rent. Darryl says he immediately took advantage of the opportunity to open his franchise’s second restaurant with his whole family joining in as well.

“We give them an avenue to have some of their own food, with the things that they love. So you get your seafood with the soul food trimmings. You can’t copy it up here, you know, you can’t imitate it. This is the real soulful stuff,” Darryl told Bronx Times.

Lelie’s 21-year-old son Dalvin, who serves as the restaurant’s head chef, was the one who developed the menu which features a variety of seafood options such as king crab legs, fried lobster tails, fish, shrimp and a lot more.