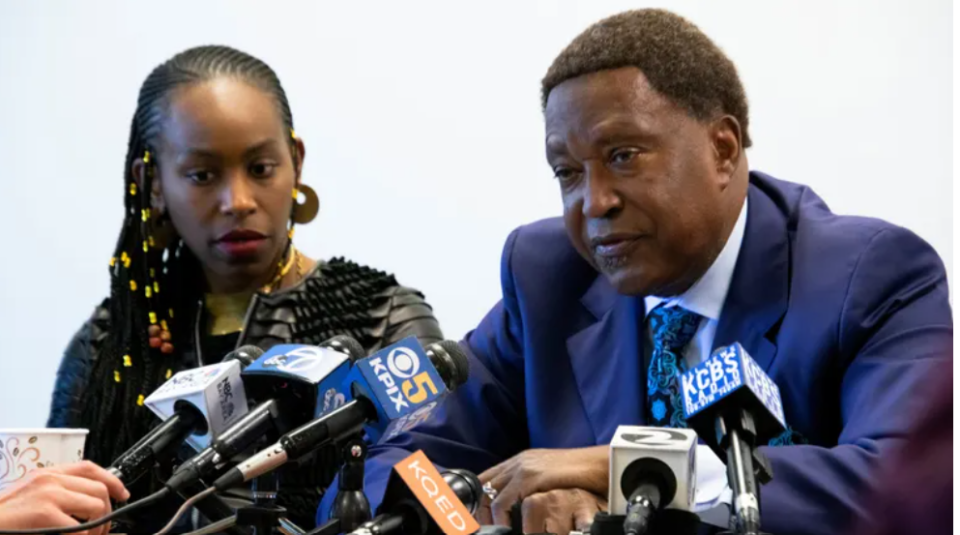 The family of a 13-year-old seventh-grader who says they were racially profiled by police has lawyered up and plans to sue the city and county of San Francisco.

The claims stem from a March 15 incident at Sterne School, located at 838 Kearny Street. The student was waiting for his tutor to pick him up from school.

Upon the instructor’s arrival, M.C. put his book bag in the backseat of her car and was about to get inside when an officer identified as Sgt. Parra ran up to him yelling, “Get out of the car, put your hands behind your back.” Surveillance footage captured the encounter.

Burris claims Sgt. Parra placed the student’s hands behind his back while the tutor and school leaders came to defend the child, telling the officer that he was in school all day. While the officer claims the student was only detained for one minute, Burris and others say the detainment lasted for about 30 minutes, The San Francisco Chronicle reported.

Burris’ claims Parra kept the child over claims the seventh-grader matched the description of a suspect who was described as wearing “black pants, a black hoodie, and red shoes.” However, Burris said M.C. had predominantly black shoes with red shoe strings, and pants that had Mickey Mouse on them.

“Any reasonable police officer could have determined that this young boy did not fit the description of the suspect described as a male Black, wearing black clothing, and red shoes who was allegedly seen breaking into cars,” Burris said in a news release.

The boy’s family and his school have all spoken out against the officer’s actions.

“My son has been traumatized by the police officer’s attack. As his mother, I am horrified that this happened to my son, who is loving, carefree, polite, and well-mannered He doesn’t understand why this happened to him when he had done nothing wrong,” the boy’s mother, Delores Coleman, said.

“Since the incident, my child is fearful about returning to school. He is embarrassed and wonders what his friends will think about him.”

A school official confirmed that a formal complaint on behalf of the school has been filed with San Francisco Police Department.

“Several staff members and our security guard witnessed the event and stepped in to support the student. This student was simply exiting the school for the day, and did nothing wrong,” Melissa Myers, head of school, wrote.