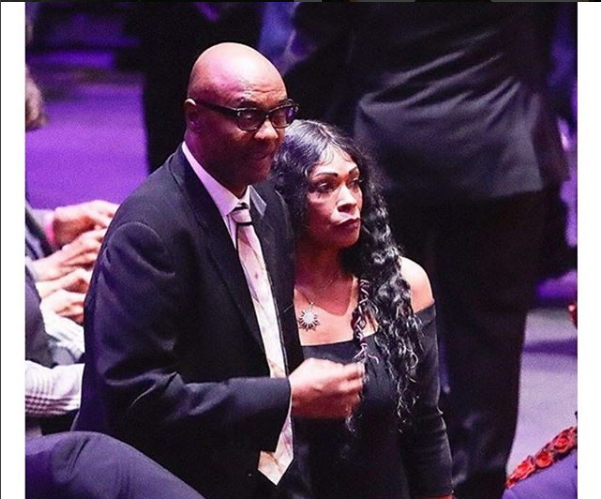 People are questioning why Kobe Bryant’s parents were barely mentioned at his memorial service, according to EURWeb.

On social media, there was a big buzz around Byrant’s parents being slighted throughout the memorial. Although it was public knowledge that Kobe was slightly estranged from his parents for them selling his memorabilia behind his back, he had just started speaking to his father again, according to reports.

Fans went out of their way to acknowledge Snoop Dogg posted a photo of Bryant’s parents on his Instagram account.

Sending love and. Prayers to momma. And Pappa Bean Bryant 🌹💙🙏🏽🏀 thank u for giving us. Kobe we love y’all and praying for your strength as parents to keep moving on from the. Broadus family 💕💥🔥

But people kept asking, “Why weren’t Bryant’s parents, Joe and Pam, mentioned at the memorial on Monday?”

I feel Vanessa Bryant ‘s pain but people should also remember that Kobe came from Pam and Joe Bryant . They may not be perfect but i am sure that Kobe loves them. Mamba Mentality isnt about hate, only greatness and that includes forgiveness. I heard GIGI loves his grandpa😭 #RIP pic.twitter.com/G6OMpW74V2

I really wish SOMEONE would have acknowledged Kobe’s parents, Joe & Pamela Bryant, at the memorial service. Mr. & Mrs. Bryant, thank you for being the vessels to bring Kobe into this world!❤️God Bless you both!🙏🏾🙌🏾 #KobeFarewell #KobeBryant #KobeandGianna #KobeRIP pic.twitter.com/ar8PXbiLD4

Such a sad day for so many. Yet my WHOLE HEART ACHES for #PamBryant and #JoeBryant Kobe’s parents, who are present at the #StaplesCenter but have not been acknowledged by ANYONE. They are his PARENTS. 💔 pic.twitter.com/MwgTb0agAS

loved #KobeFarewell but to have Kobe’s parents & siblings not mentioned…Kobe did not get here via immaculate conception. Before Kobe was Kobe, he was Joe Bryant’s son the first to introduce him to the game, he was Pam Bryant’s son, his first love of a woman, he was a brother…

It would be a SHAME before GOD if they exclude #Kobe’s parents from speaking at the services today! I dont care WHAT happened! That would be COLD! NEVER forget! Do the right thing! Period! #KobeFarewell #KobeandGianna #JoeBryant #JellyBeanBryant #kobeandgigi #kobememorial

Thank you @SnoopDogg for acknowledging Pam And Joe Bryant on your Social Media . ❤️🙏 #KobeFarewell Rest in Peace Kobe ! Uncle Mamba got you always pic.twitter.com/ptY5HMs4Rd

I honestly feel for Kobe’s parents. They were just seating there like observers. No one presented them their condolences, Joe Bryant was not given the chance to talk about he prepared him for the game. His mother lost a son! Parents are way too precious to be treated like that.

Joe Bryant and Pam Cox Bryant will always be Kobe Bean Bryant’s parents. They are the primary, secondary and tertiary reasons why Kobe was the well rounded man he was outside of the arena. There is/was no Kobe without them. “Honor thy father and thy mother” is a real commandment.