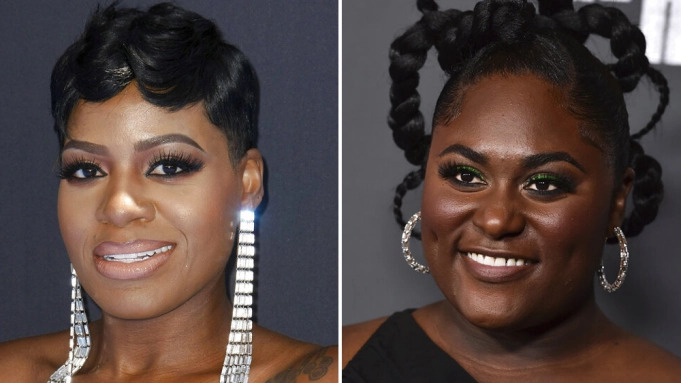 An excited Fantasia shared a video gushing about securing the coveted role upon hearing the news.

A musical version of the film graced the stage on Broadway from 2005 to 2008. Taylor, who made her film debut as Celie in 2007 during the Broadway run of The Color Purple, will star in the leading role. Brooks will revive her respected role as Sofia, for which she previously received a Tony Award nomination after starring in the show’s 2015 Broadway musical.

Winfrey, who garnered several nominations for her role of Sofia, is set to produce the new musical film under Harper Films. In a surprise announcement on Soul of a Nation, Winfrey revealed to a very elated and emotional Brooks that she landed the role on a Zoom call.

“I am here representing all things purple to tell you that you are our Sophia,” Winfrey said. “I’m so happy to pass whatever baton from 35 — almost 40 — years ago to you. And I know you’re gonna kill it.”

“My heart is so full,” Brooks responded with tears in her eyes. “I’m going to make you so proud.”

“You already have,” Winfrey responded. “I wanted to be the one to tell you because you know I have such love for her, this character, everything she represents, and everything she brought to my life. And what I’m hoping is that she does the same thing for you.”

.@Oprah surprised @thedanieb to tell Danielle she got the role of Sofia in the upcoming film adaptation of The Color Purple musical!https://t.co/BHg58X7FUR

According to Variety, Fantasia and Brooks are among a star-studded cast, including Taraji P. Henson, H.E.R., and Halle Bailey. The Color Purple begins production this spring and is slated for release in 2023.

The shooting is scheduled to start in March in Georgia.