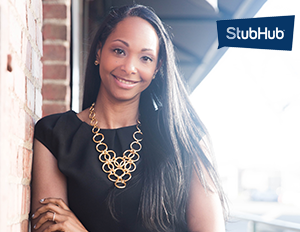 We first introduced BÃ¤rÃ­ A. Williams, Esq., to BlackEnterprise.com approximately a year ago, in the article Paving Your Road to Silicon Valley.

In an interview withÂ Dr. Atira Charles, BÃ¤rÃ­ shared some of the many “hats” she transitions between daily as an attorney, wife, mother, daughter, community servant, aÂ proponent of diversity, RegionalÂ AmbassadorÂ of BEtechThinkful, and a sports fanatic– yes, she is a fan of the Golden State Warriors.Â  Her professional works as a rising talent in tech eventually led to her ability to make amazing strides at one of the big-three corporations inÂ Silicon Valley: Facebook.

However, beginning Wednesday, December 21, 2016, the culmination of all of BÃ¤rÃ­’s professional experience– developing the supplier diversity network, overseeing purchasing and procurement globally, andÂ negotiation of Facebook’s internet.org contract for the solar powered airplane drone Aquila, to name a few–will propel her to a new position as head of Business Operations, North America, at StubHub, an eBay company. 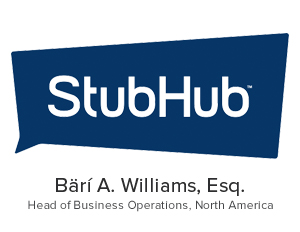 Well, Dinah Washington was so accurate when she said, “What a difference a day made.” Although it wasn’t in “24 little hours,” #techies around the world were ecstatic to know that diversity in tech, especially in Silicon Valley , is occurring daily–and the difference is evident in BÃ¤rÃ­’s professional ascension.