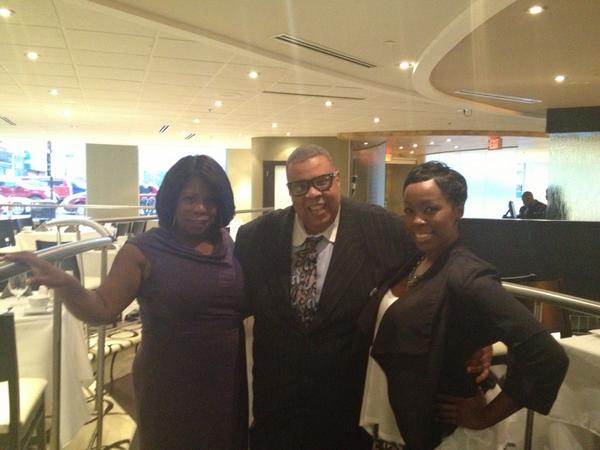 La-Van Hawkins, a black entrepreneur in the food industry, just died at the age of 61, reports Crain’s. Hawkins was featured several times in BLACK ENTERPRISE magazine. In 1995, his business, La-Van Hawkins Inner City Foods, ranked No. 45 on the BE 100s listing of the nation’s most successful black-owned businesses. At the time, the business had sales totaling $39.1 million. His company then operated 36 Checkers drive-in restaurants.

He raised eyebrows in an interview with BE asserting that he would sell his company for the right price. This was during a time when the movement for black-owned companies to remain in black hands was gaining traction.

“Blacks go to white companies and white banking institutions for cash because black capital companies don’t fund black ventures,” he said in the interview. Hawkins also said he would definitely sell his company “if the price was right, but only if the new owners would continue to bring jobs to our community.” His company employed 1,500 people at the time.

According to Crain’s, Hawkins grew up in the Chicago projects and never finished high school. Yet he found entrepreneurial success in Atlanta as a fast food mogul—owning and operating several Burger King franchises in addition to his Checkers franchises. He eventually moved his business operations to Detroit and became the largest Pizza Hut franchisee in Michigan.

Hawkins went on to open a high-end, Southern-food restaurant, Sweet Georgia Brown, in downtown Detroit. The restaurant launched in 2002 and garnered $8.5 million in business according to Encyclopedia.com.

Hawkins also ran into legal troubles. He served 18 months in federal prison for perjury and fraud associated with a corruption case in Philadelphia. Undaunted by the conviction, Hawkins would go on to launch Detroit’s Cheesecake Bistro in 2012. The restaurant closed in 2013.

“The 18 months is probably the greatest thing that’s ever happened to me in my life because what it did was it allowed God to humble me,” he said about his conviction in an interview with Blac Detroit.

“See, the transformation and the change that God needs to do on the inside of you can’t take place until he puts you through something. … So in my process of becoming gold, God had to refine me. And those 18 months were the refinement that he told me what it was that he wanted me to do. He told me the assignment that he has me on.”

The family will hold a funeral service on Sunday, April 14 at the James H. Cole Home for Funerals in Detroit.