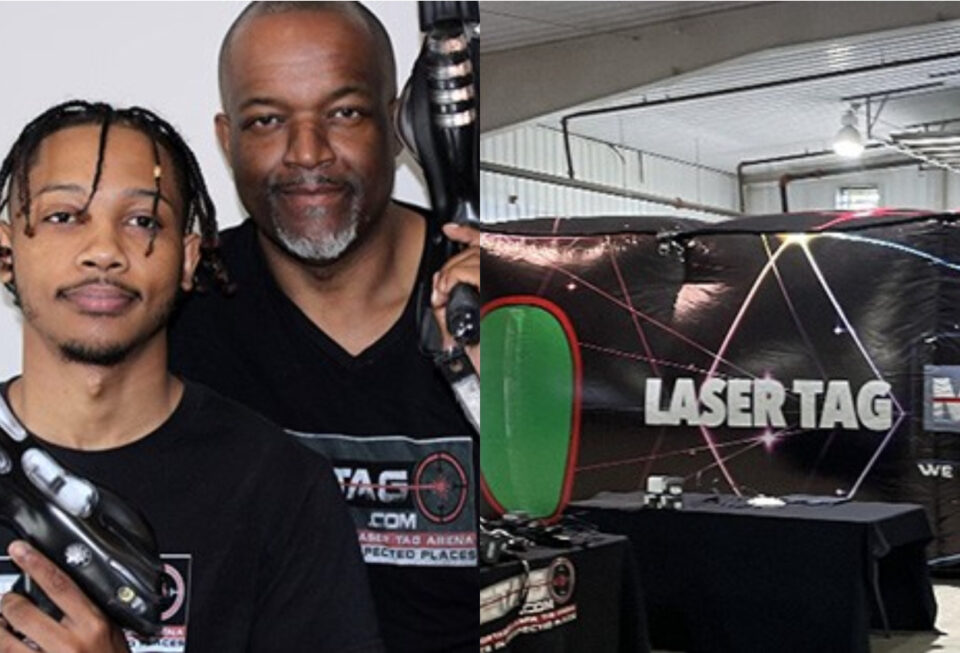 Meet Jermaine Young and his son, Terriquee, the founders of MKETag, the first Black-owned renowned portable laser tag event production company based in Chicago, Ill. The company has been approved by The Chicago Park District to launch the LaserTag in the Park AfterDark series across local community parks in June 2022.

MKETag is thrilled to announce the company’s expansion into Chicago this summer with the launch of the LaserTag in the Park AfterDark series coming this June. The series’ first pop-up event will be held at Humboldt Park and will continue into Millennium Park, Grant (Ulysses) Park, Lincoln Park, and Garfield Park throughout the summer. These public events are approved by The Chicago Park District and will include our 1,500 square-foot enclosed laser tag arena equipped with LED lights, neon fog, air-conditioning, a vortex of wind tunnels, and a 360-degree sound system that the community is sure to enjoy all summer long.

In addition to MKETag’s upcoming series, LaserTag in the Park AfterDark, the company is also working with the city on other event activations such as the Back of the Yards Fest, Columbian Fest, The Promontory, MSOE, ComEd Rec Center LaserTag Pop-Ups, Kidz Fun n’Fitness, LaserTag-HipHop-Sip NITE-OUT, El Grito Events, Fundraiser Pop ups, Bulls Fest 2022, and Illinois State Fair. The company is excited to build their reputation across Chicago and encourage local schools, non-profits, party planners, fundraisers, block parties, festivals, fairs, colleges, social media groups, churches, sports teams and other businesses to reach out to MKETag the next time they are considering hosting a budget-friendly experiential event in the Chicago Metropolitan Area.

Join MKETag for the LaserTag in the Park AfterDark series throughout Chicago parks this summer and stay up to date with local events by following the company’s Facebook page at: https://www.facebook.com/mkelasertag/.