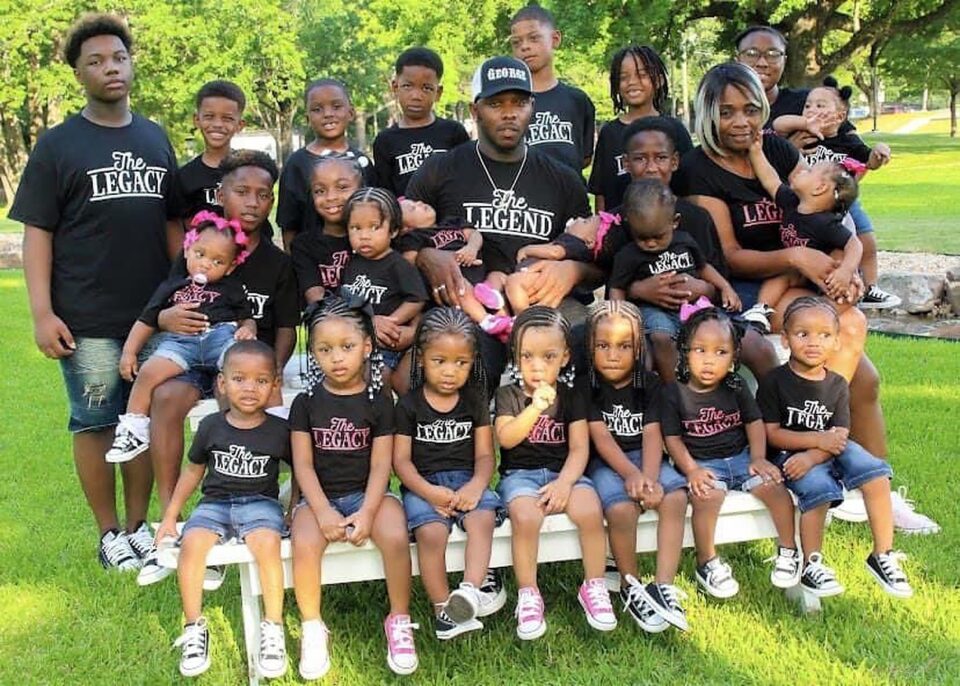 Father of 33 children Demond George recently posted a family picture on Facebook, which quickly went viral on social media. Soon after, George responded to the backlash of being called “irresponsible and nasty” by going live on Facebook.

In the original post of over 20 images of the family photo shoot, he captioned it, “The LEGEND The LEGACY WILL LIVE FOREVER.” After thanking his nine children’s mothers for making the shoot possible, he ends the post with “9 missing it still turned out good I’m truly blessed.” 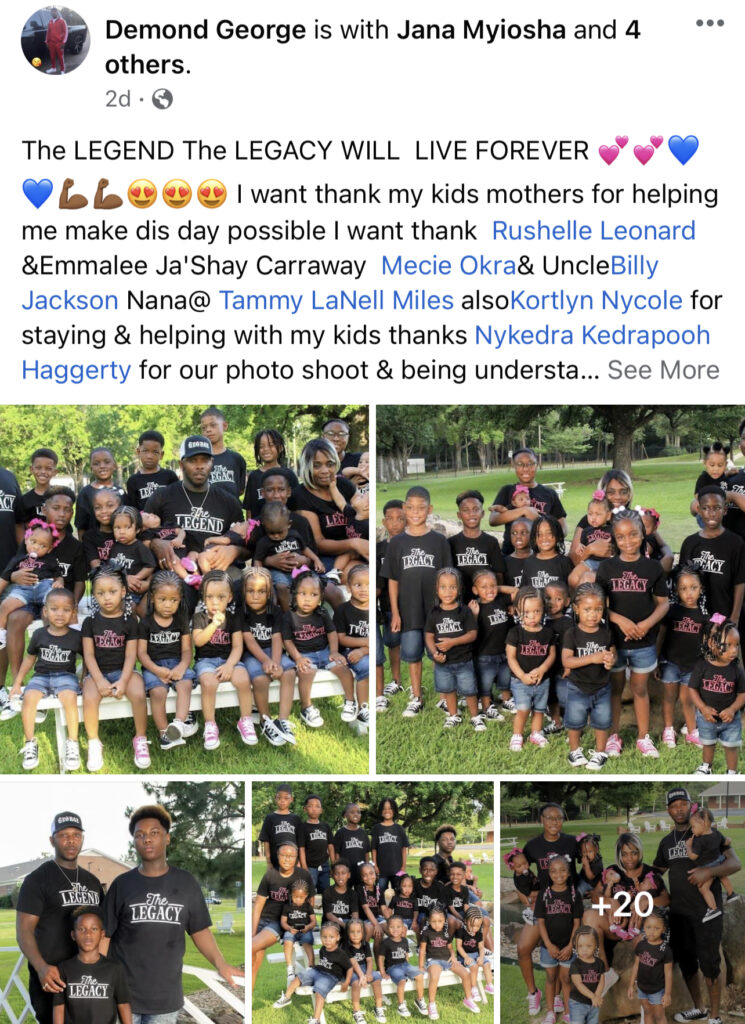 George has since put his Facebook on private after being dragged on all social platforms for being “weird and disgusting.” Many called out the father of 33 for male entitlement and that there’d be no way he would be able to give all those children the attention they deserve as they grow up.

One user asked, “‘Legacy’ OF WHAT??? What he was done in life worthy of being kept alive? What has he build for these kids? What are the things he has done that will feed whole generations? NOTHING. This is just male entitlement and lack of responsibility.”

While many others came to his defense, quoting “be fruitful and multiply,” or speculating he’d be present and financially responsible for the children’s lives, George states multiple times how his baby mothers know he’s broke, despite flaunting “20 grand, cash” in the video and having four bank accounts.

Another user compares him to Nick Cannon and thanks his contribution to repopulating the planet. “That why Kings had multiple wives… man seed was to spread and as statistics tells it this year alone was the lowest birth rate in a generation so Kudos to him n Nick for repopulating the earth.”

That why Kings had multiple wives… man seed was to spread and as statistics tells it this year alone was the lowest birth rate in a generation so Kudos to him n Nick for repopulating the earth.

George claimed to be a truck driver, which actually makes one question how he would find the time to be present in his 33 children’s lives.