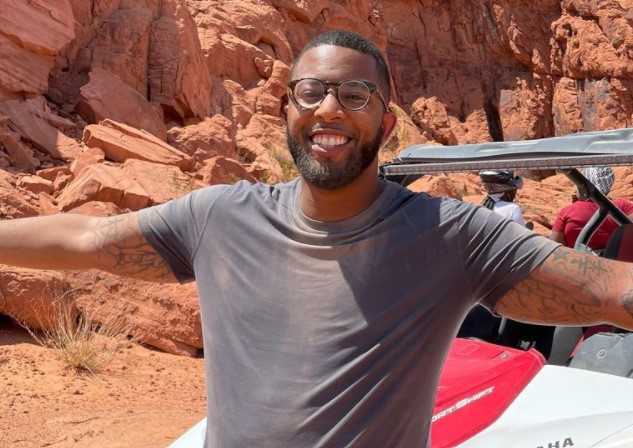 By age  27, Boyd landed a six-figure cybersecurity job at a Fortune 500 company. He didn’t have a degree or connections to get him in the door. But what he did have was a healthy level of curiosity and confidence that took him further than he expected.

“I have always had an interest in IT but I never pursued it because I didn’t have a formal education,” Boyd shared during an exclusive interview with BLACK ENTERPRISE. “I wasn’t sure how to get into the market.”

“I got my first experience tinkering around with computers while working in Accounts Receivable at a copy center.  All of our IT support staff was in New Jersey. If something went wrong with the computers, the company would have to ship the computer to New Jersey and get it fixed. It was a bottleneck for operations. I became the go-to computer guy even though I didn’t know anything. I was just using google. That’s when I realized that IT was something I was interested in and passionate about.”

In 2005, Boyd attended college and pursued Track and Field. But his college experience was short-lived. A few months after matriculating into college, Boyd became a father.  In order to take care of his family, he was forced to drop out of school and go straight to the workforce.

Boyd landed a job with one of the largest copy manufacturers in the world. He started his career as an Accounts Receivable Clerk making $13 per hour. Boyd knew that wasn’t his final destination because his true passion was information technology. But without formal education or connections, transitioning to the IT world seemed like an impossible feat.

Being a problem solver turned out to be a strength that has always carried Boyd forward. After noticing numerous computer challenges that the copy center was facing, Boyd stepped up to the plate. Although his knowledge base was limited at the time, he could always count on his trusted friend to give him the answers he needed: Google. Boyd used the time at the copy center to build his computer knowledge.

Then, Boyd and his entire department were hit with a layoff notice. Little did he know, it was exactly what he needed to reinvent himself. Boyd leveraged YouTube to train himself the basic computer knowledge he needed to make a career transition.

From College Dropout to Cybersecurity Expert

At 21-years-old, Boyd landed a job providing IT support at a software company. He started working the night shift but his skills opened doors for opportunities beyond his job description.

Before he knew it, he was assisting with the company’s security assessments. He was promoted to the day shift and took a lead role in helping the company strengthen its security compliance process. As he progressed at the company, he used his downtime to obtain certifications that he thought would make him more marketable.

“Time is something you never get back,” Boyd says. “I don’t believe anyone should work for a company that’s not going to invest in them. I wanted to add certifications under my belt. I told the company I would do the training on my own if they would pay for the certifications.”

Based on the recommendations of others, Boyd pursued the CISSP (Certified Information Systems Security Professional) certification. He also added the following certifications to his resume:

Boyd quickly realized that he needed more than IT training to take him to the next level in his career. Back in 2013, Boyd was rejected for a role at American Airlines despite having a list of certifications behind his name. Instead of relying solely on certifications, Boyd decided to learn the skills that would make him an in-demand IT professional.

Two years after receiving a rejection letter, American Airlines reached out to Boyd with a better role: Senior Security Architect for the entire organization.

“I was terrified. I was going from IT analyst at a small company to working at one of the largest airlines in the world,” says Boyd. “I had a moment of panic and was going to rescind my acceptance of that offer. I was thinking I didn’t have the education or background to work in a corporate environment like this. But my wife kept me going. She said she was watching me and studying my work. She mentioned that nobody knows this stuff like I do. So I became an internal consultant for American Airlines. I showed them how to implement new applications in order to maintain compliance.”

Boyd quickly became known as an expert in PCI DSS (Payment Card Industry Data Security Standard) and was asked to speak at conferences and events around the world.

Although PCI standards are an integral component of a company’s security assessment, many IT professionals were not well-versed in this area. For the largest companies in the world, non-compliance could come with substantial fees.

The PCI DSS provides a uniform set of credit card security practices that merchants are required to follow. Failure to comply can pose threats to credit card users and merchants.

This specialized skillset put Boyd in the driver’s seat of his career. He became an expert in the PCI standard and companies were willing to pay a premium price for his expertise. A few years later, he was able to double his income by becoming a consultant. Instead of helping companies prepare for third-party security assessments, he took on the role of security auditor.

As Boyd started tapping into higher income opportunities, he created boot camps to help others do the same. On the weekends, he hosted events in different cities and countries to teach others in-demand IT skills. His training helped more people double their income within 90 days, going from $50,000 IT support worker to six-figure cybersecurity professional, according to testimonials.

COVID-19 pushed all of Boyd’s in-person workshops into an online program. Instead of being a setback, the pandemic provided an opportunity for Boyd to reach more professionals. To date, Boyd has helped over 300 IT professionals gain the confidence and skills needed to accelerate their IT success. He teaches others how to achieve six-figure success without studying for tons of certifications.

“I didn’t set out to get rich from this,” Boyd says. “I believe when you help people get what they want, there’s no way you can’t be successful.”

Now, Boyd is building a foundation for his three boys and daughter to do the same. Through his example, he’s showing that barriers can be broken and you can achieve success by solving problems that others have.