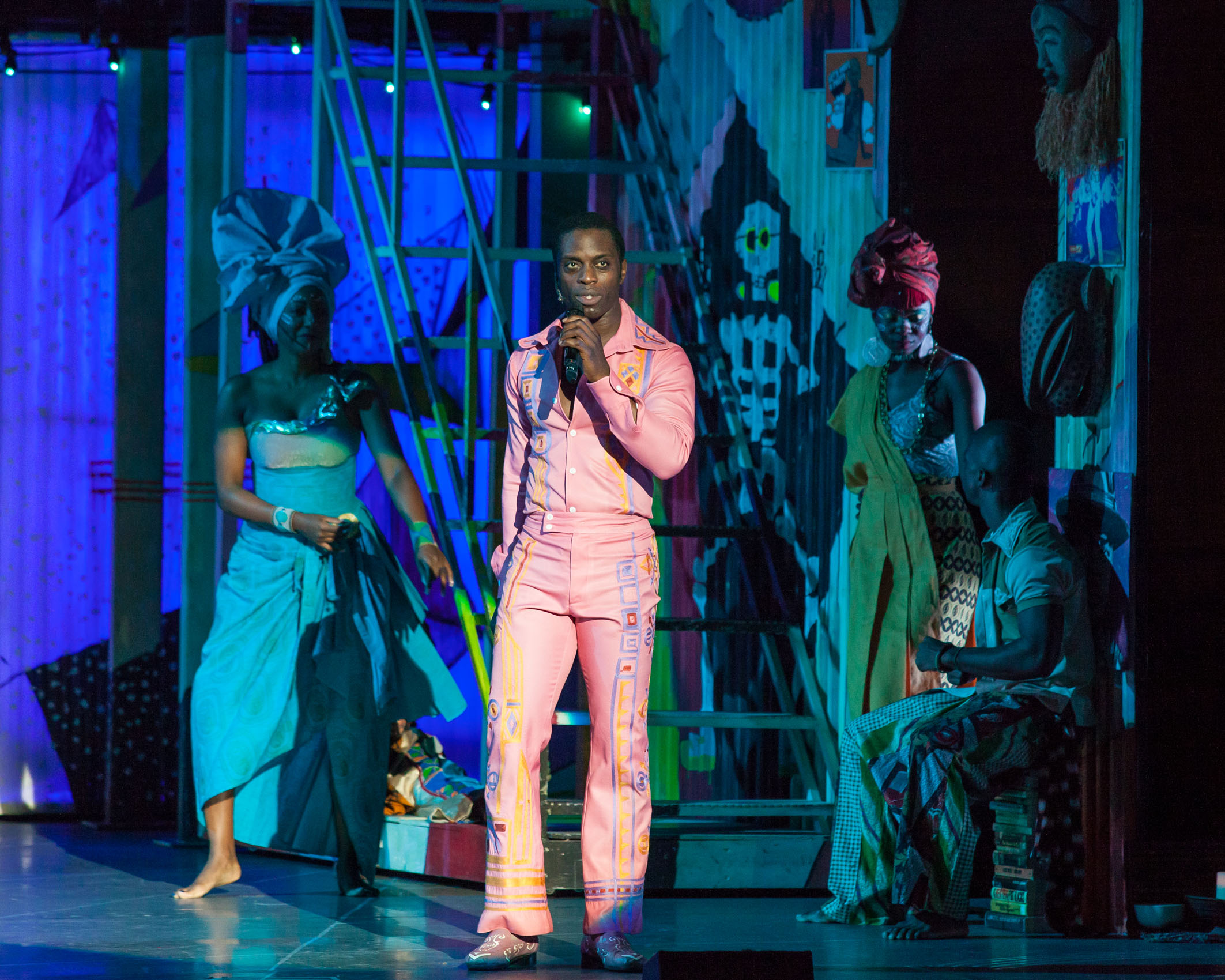 It’s no coincidence that actor and choreographer Adesola Osakalumi (pronounced ah-day-SHOW-la – O-sa-ka-LU-mee) landed the part of internationally revered Nigerian-born musician, composer and activist Fela Anikulapo-Kuti. It’s a role he was destined to play.

“In the 70s, my father and uncles had a record label called Makossa Records, which was the first label to distribute Fela’s music in North America,â€ explains Osakalumi. “I went in knowing a lot about Fela. I knew most of the music, and I was able to get a lot of personal inside anecdotes about him. So I feel like in that regard, I was a little bit ahead.â€

In 2009, FELA!, the hit musical, in which Osakalumi was cast as an ensemble member and the understudy for Fela played by Sahr Ngaujah, debuted on Broadway to rave reviews, and went on to win three Tony Awards.Â  After 14 months on Broadway, the show hit the road to embark on a world tour with Osakalumi in the title role of the melodic innovator who created Afrobeat music in the 60s. Â Currently, the show, which is produced by Hollywood heavyweights Will and Jada Smith and music titans Jay-Z and ?uestlove of The Roots, is back on Broadway for a 32-show limited engagement through August 4.

“Being back in New York, I think a lot of people who saw the show want to reconnect with it,â€ says Osakalumi, who is the product of West Indian parents, but was born and raised in New York City. “And a lot of people didn’t get to see it, so opening night was a combination of old friends who know you, and new folks who have heard about the excitement and the hype.â€

To keep up with the grueling eight-show-a-week schedule and the demands of the fast paced production–the role requires him to act, sing, dance and interact with the audience all while remaining a permanent fixture on stage throughout the entire two hour and twenty minute show–Osakalumi works out five times a week and adheres to a strict vocal rest schedule.

“I try not to talk a lot because doing the show is really, really hard on the voice,â€ he says.Â  “And emotionally, you run the gamut. You’re all over the place from joy, sensuality, anger and hurt. So after the show, I try to take a few moments to let Fela go and get back to myself.â€

While there’s talk of the show travelling to Australia, Brazil and Japan, right now, Osakalumi–who loves to keep his performance fresh and the band on their toes by throwing in adlibs and hitting different notes during the crowd-pleasing drum-thumping numbers segment–is focused on bringing Fela’s universal story to New York City theatergoers by painting a well-rounded depiction of a man who was more than just a rebel-rouser.

“Fela was prophetic in what he was saying because 30 years later, the issues that he talked about still exist, not just in Nigeria, but throughout the world,â€ he says. “People can relate to the show because he’s a real live human being, not someone’s fictionalized character. He had a rich and colorful life, and his music is infectious and incredible. To think: 30 odd years after my family had a big hand in Fela’s introduction to The West, now I’m in the show playing the title role. It’s quite an honor.â€