How This Female Innovator Is Providing Sole Power 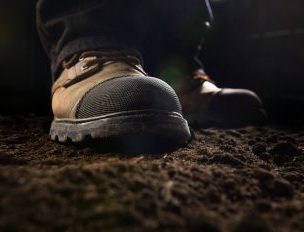 Portable tech can be powered solely by a person moving, and SolePower is enabling it. SolePower’s self-sustaining smart work boots use the power of walking to charge a number of applications including embedded location trackers, sensors, and lights. What started as a capstone mechanical engineering design project at Carnegie Mellon University has turned into a Pittsburgh-based tech startup today, says SolePower co-founder and CEO Hahna Alexander. A scheduled speaker for the 2017 Black Enterprise Entrepreneurs Summit in Houston (May 17—20, 2017), Alexander will join Volt Energy CEO Gilbert Campbell on the panel “Seizing Hot Opportunists in Energy.â€

SolePower is still in the pilot stage. Its founders have managed to raise seed money from Carnegie Mellon, angel investors, and economic development firms. SolePower was also awarded $100,000 from AOL Founder Steve Case’s Rise of the Rest Pitch Competition.

Proof of Concept to Production

At Carnegie Mellon, Alexander and her classmates were asked to solve a problem for fellow students. “We developed a prototype for lighting up shoes so students could easily see where they were walking at night, and cars could easily see the students,â€ she explains. “We quickly realized that the power generation concept was more universal than small lights. By storing the charge in an external system, we could generate enough power to charge small, mobile electronics like cell phones.â€ Thus, in 2012, SolePower was born.

The project then became a Kickstarter project to raise money to offset manufacturing costs. Reaching its goal, SolePower raised a little more than $60,000 from more than 600 backers. This allowed its team to begin refining its energy-harvesting technology. In fact, their patented SolePower EnSoles received the 2014 Invention of the Year Award from Popular Science.

The demand for mobile power continues to outpace the rate of battery technology, creating an ever-growing problem for portable electronic devices. Access to portable power is a huge problem; SolePower’s initial goal was to give a power boost to the electronics that people rely on every day and to create unpluggedÂ new tech that never dies. For example, a businessperson might use SolePower walking a trade show floor, a hiker would find SolePower very useful for charging cameras or GPS on long hikes, anyone in a natural disaster (i.e., HurricaneÂ Sandy) could use SolePower for emergencies.

“We were good engineers, but we needed to be better marketers,â€ says Alexander, explaining why the initial target market shifted from average consumer to construction worker. During it feasibility stage, her team realized that they were not solving a compelling problem for ever day people walking around. So they put their charger in the back of a work boot. Now, instead of charging a smartphone, you could charge a suite of sensors (GPS, temperature, accelerometers, etc.) to provide information in construction, oil and gas, and survey industries about worker safety, productivity, and efficiency.

Today, SolePower is supported by R&D contracts from the US Army and the National Science Foundation. Its technology will be a lightweight and powerful energy solution for soldiers.