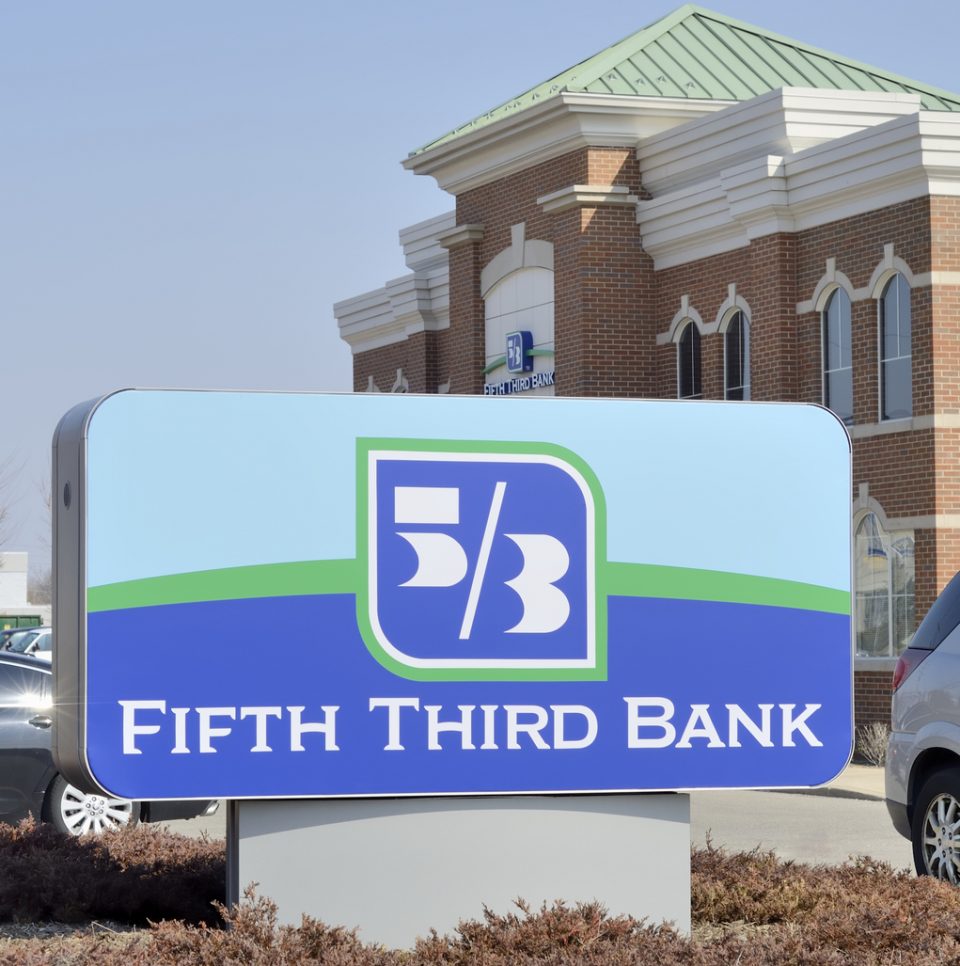 Taking some of its biggest steps ever to support Black Americans, Fifth Third Bancorp is committing nearly $3 billion to fight against racism.

Fifth Third Bank just announced that it will make the commitment over the next three years to help fortify diverse customers. Some $2.2 billion of the pledge by the Cincinnati-based bank will be used for lending and $500 million for investments.

Another significant step to address racial equality was the formation of an Executive Diversity Leadership Council (EDLC).  Kala Gibson, the council’s executive sponsor, chief enterprise responsibility officer and head of Business Banking, stated, “We will continue to review policies and practices to evaluate where comprehensive improvements can be made so that the Bank’s employees, customers and communities are fully supported.”

Gibson’s role has been expanded to include overseeing Community and Economic Development along with his other duties. Gibson told BLACK ENTERPRISE via email the promotion is not only a personal honor, but an incredible opportunity to further align Community & Economic Development (CED) and Business Banking, two critical divisions of the Bank. He added the strategic move positions Fifth Third to make an even greater impact on customers and the communities it serves.

His business banking leadership was integral to Fifth Third’s ability to deliver the Small Business Administration’s Paycheck Protection Program (PPP) to over 40,000 clients. Further, he was a leader on the team that delivered the bank’s $32 billion community commitment.

A recent story in Black Enterprise covers how Gibson, then executive vice president and head of Business Banking, and Kevin Lavender, executive vice president & head of Commercial Banking, have helped Black businesses survive the double pandemics of COVID-19 and racial inequality. Gibson also was profiled in this Black Enterprise article. Gibson, who also was recently appointed to the board of directors of the National Urban League, reflected on his new duties.

“We are in the business of building relationships and that is why our holistic approach goes beyond lending,” he said. “Our programs and extensive industry partnerships allow us to help owners understand the fundamentals as well as the strategies needed to be a formable player in growth industries.”

The Bank is also launching an innovative $100 million Neighborhood Fund, meant to motivate investments in communities of color that have suffered decades of disinvestment. There will be a competitive application process across the bank’s 11-state footprint and award at least five communities with long-term investments to accelerate impact and outcomes.

The moves — some of which are now being developed and others implemented– are examples of the significant steps the Bank is undertaking to address issues of racial inequality. The bank contends the actions- along with additional future efforts — are much needed to help black individuals and businesses recover from the compounded impact of effects of COVID-19.

Tackling COVID-19 and Racial Injustice Amid the Pandemics

Smith noted the bank was already engaged in several initiatives related to equity and inclusion; pay equity reviews since 2011, increasing the bank’s minimum wage by 50% between 2016-2018 from $12 per hour to $18 along with rolling out a salary pay ban history across its footprint. These efforts have the opportunity to close the income gap for women and minorities. With the shooting of George Floyd in May, the bank determined it needed to accelerate efforts of equality and equity for Black Americans. To help the bank achieve strong business results, it provided resources to help employees serve customers and communities by providing them help to take care of themselves and their loved ones. In addition, the bank has taken actions to support hardship relief throughout the pandemic, including making a special payment to frontline workers, providing extra sick-time and medical coverage, and access to employee aid during the crisis. They established a dedicated webpage where employees and customers could find information about pandemic related assistance. The bank hired an additional 1,000 workers, filling job needs.

Along with starting the EDLC in June, the bank rolled out unconscious bias training for all employees; initiated “Let’s Talk” listening sessions and Employee Town hall meetings with its top leaders including Gibson. Further, the bank introduced the Inclusion Toolkit, a fresh initiative that can be found here.

Fifth Third’s CEO and Board Chairman Greg Carmichael was advised on what communications should be conveyed to workers explaining the bank’s corporate stance against racism. The bank was one of the nation’s first banks, if not the first, to give employees time off to celebrate Juneteenth. (https://www.americanbanker.com/news/fifth-third-truist-among-banks-closing-early-to-observe-juneteenth).

“With the impact of COVID and the George Floyd shooting, we knew we could no longer deal with the issues of race and racial injustice from a business as usual perspective,” Smith says. “We understood we had to approach things differently. That is when our CEO asked how can we tackle issues such as racial injustices and inclusion within this organization. We had to make it a strategic initiative.

Other Areas Where Philanthropic Commitments Are Being Made

Along those lines, Fifth Third has several new programs to assist minority businesses. One of them, Innovation meets Main Street: Boosting Black Women-Owned Businesses, is a partnership between AEO and LISC and is powered by the Bank. The program is made possible by grants from the Fifth Third Foundation to Local Initiatives Support Corporation (LISC) and the Association of Enterprise Opportunity’s (AEO) MainStreet RISE program. The funds are part of the $8.75 million Fifth Third pledged to support small businesses and the community during the COVID-19 pandemic.

The bank also recently announced the launch of a collaborative grant, liquidity and technical assistance program for businesses specifically in its headquarters market of Cincinnati. The effort will also provide funding for minority-owned small businesses impacted by COVID-19.

The bank is boosting its supplier diversity efforts with Black-owned businesses and has partnerships with the Urban League and the National Minority Supplier Development Council and has invested $1M in each organization.  The partnership with the NMSDC will go to grow and expand the capacity and access to procurement opportunities with Fifth Third and other organizations.

By late 2020, the bank plans to finish – and exceed – its 5-year, $32 billion Community Commitment by providing funds to communities across its footprint in such areas as mortgage lending, small business lending, community development lending and investments and philanthropic donations. In its recent Environmental, Social, and Governance (ESG) Report, the bank announced it already exceeded $35 billion and is continuing efforts to complete its commitment even stronger.

As part of a new ESG approach to enhance the transparency and reporting of the bank’s comprehensive spending efforts, the group will be accountable to the Fifth Third Board of Directors and will be publishing annual progress with extensive metrics and data in the coming years.

Boosting access to capital to black homebuyers and entrepreneurs

The bank aims to boost its mortgage lending by 31%, focusing on achieving parity in its top eight markets where Black Americans live.

Entrepreneurially, Fifth Third aims to increase small business lending by 25% in majority-minority communities. The bank plans to keep investing and expanding partnerships with community development financial institutions (CDFIs) to increase their sources for capital. In 2017, the Bank launched the Entrepreneur of Color Funds in Detroit and Chicago, and in 2018, it launched a similar fund in Cincinnati. These programs will also now expand to Cleveland, Atlanta, and Louisville, though a date has not been determined.

The bank anticipates 25% of its new branches to be built in majority-minority tracts and low- and moderate-income communities. Fifth Third hopes those efforts will provide wider access to business and consumer loans, expand accessible tools for financial education, and develop innovative banking solutions for the unbanked and underbanked. The bank also plans to keep working with and investing in historically Black colleges and universities (HBCUs) to support scholarships and career readiness via internships and early career development opportunities.

Fifth Third plans to achieve six bold goals over the next five years to support inclusion and diversity within its entire workforce and for its diverse suppliers. They include: