Film Festivals Around the World 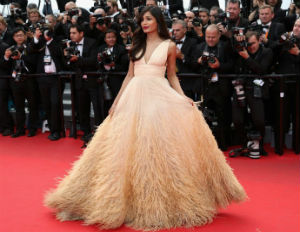 One of the most prestigious, star studded film events held in Cannes, France. This year for the first time since 1987, Cannes will open with a film directed by a woman. Although we’re days away from the official Cannes Film Festival lineup, according toÂ Yahoo, theÂ latest Pixar 3D animated extravaganza and new films fromÂ Woody Allen are slated to make an appearanceÂ in the event’sÂ 68th annual edition.

As one of the oldest festivals in the world, the 12-day festival features over 200 documentaries, short films and animation from around the world. This year,Â a newly enhanced program of family and kids’ films, including the Academy Award-nominated Irish animated feature Song of the Sea; andÂ The Crow’s Egg, a charming and funny live-action feature from India.

Considering the magical city of Venice, Italy serves as a movie set itself, it doesn’t take much to attract star studded celebrities, die hard movie fans and industry insiders to the world’s oldest international film festival.

For over 40 years the Telluride film festival has attracted film executives, critics and movie fans. Believe it or not, each year people travel from all over world to attend the event without knowing the movie lineup or who’s on the guest list.Â  It’s even a secret to the press.

The Zurich Film festival features a lineup of documentaries and narrative features from around the world, and a special emphasis on German-language films. In addition to the Hollywood elite in attendance, the film festival appeals to film and music composers.