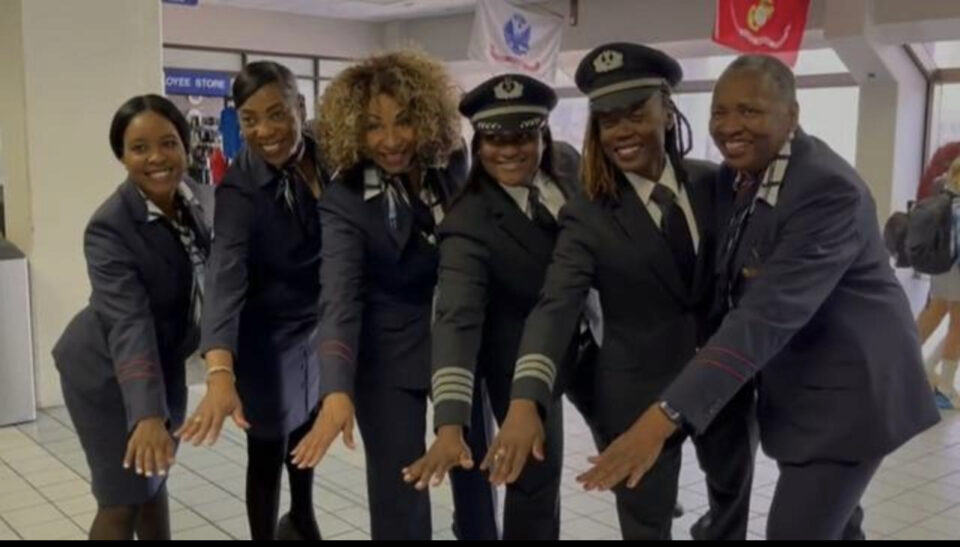 American Airlines flight 372 from Phoenix to Dallas was one for the books, and it was set up by Bessie Coleman, also known as “Brave Bessie,” the first Black woman to earn a pilot’s license.

In celebration of Coleman’s 100th anniversary of earning her pilot’s license—, the airline giant witnessed an entire crew of Black women from the “ramp to the gate to the cockpit and cabin,” CBS News reported. That’s the first time such a crew has worked a flight in American Airlines’ 96-year history.

Gigi Coleman, Coleman’s great niece, was thankful to be a part of the trailblazing flight.

The tribute is one of many. Gigi’s late mother, Marion Coleman, successfully petitioned the United States Postal Service in 1995 for Bessie Coleman to be depicted on a postal stamp.

Following her mother’s commitment to Queen Bess’ legacy, Gigi has devoted time to inspiring youth to pursue STEM through her aviation 501(C)3 program, The Bessie Coleman Aviation All-stars (BCAA). This after-school program strives to inform the world about Bessie’s achievements in aviation and to encourage youth of color to take flight.

“My great-aunt received her license two years before Amelia Earhart,” she said. “She wasn’t in the history books. No one knew about her.”

The ground-breaking aviator was revered for her determination. She didn’t allow the climate of her time to keep her away from accomplishing her dreams. After earning her international pilot’s license in France, she became a fully-fledged aviator dedicated to empowering Black women to learn how to fly.

In honor of her life, the United States Mint announced Coleman will appear on the reverse (tails) side of 2023 quarter as a new addition of the American Women Quarters Program, BLACK ENTERPRISE previously reported.