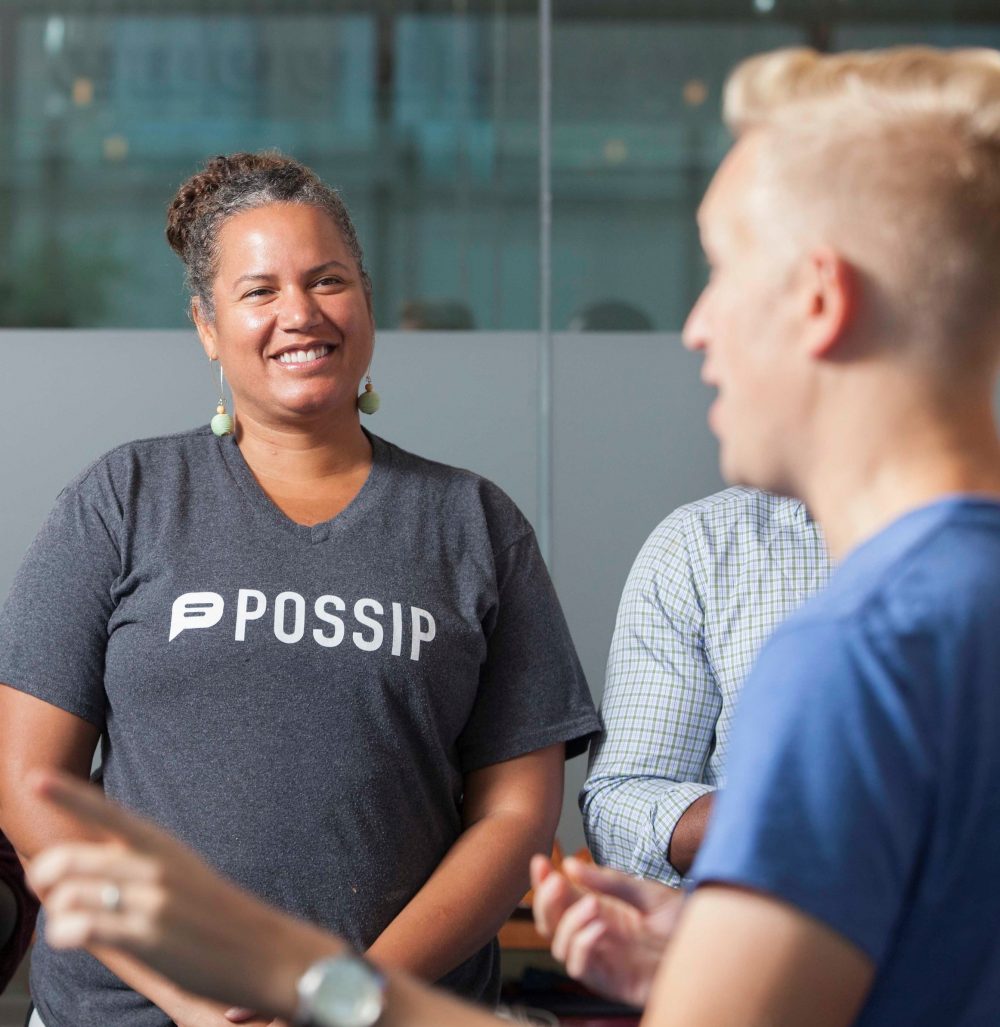 Frustrated by the lack of communication between parents and educators, Shani Dowell created a platform that helps parents stay connected to their child’s teachers and school administrators. In 2017, the mother and former math teacher launched Possip, an app that prompts parents to text weekly feedback on how schools and teachers are doing. In turn, the schools use the parents’ feedback as data to track trends and solve problems. The goal is to help school officials quickly identify an issue that a child or parent may have before it reaches a boiling point.

Today, Possip, which is short for “positive gossip,” can be found in 100 schools across 16 states, including Tennessee, Ohio, Oregon, and Florida. According to a press release, the schools working with Possip experience as much as a tenfold increase in family-teacher engagement.

In addition to its 50,000 users, Possip recently hit another milestone. On Dec. 17, the company announced that it raised $1,020,000 in venture funding, making Dowell the first black female founder in the state of Tennessee to raise $1 million in capital. She’s also one of the less than 40 black women in the entire country to ever reach this benchmark.

Investors in the startup’s new funding round include the Launch TN Impact Fund, a public-private partnership that supports entrepreneurs, along with angel investors. The former teacher-turned-tech-founder says the funding will be used to expand school and district partnerships, enhance customer experience, and refine product features and analytics.

“We are seeing the impact that Possip has on our schools, our district partners, and the families they serve,” said Dowell in a statement. “Possip is transformational, enabling schools to become stronger and students more successful by incorporating the insights and perspectives of families. This funding allows us to grow our team, our technology, and ultimately our impact.”

“Possip is changing the landscape for schools by enabling streamlined communication among families, teachers, and administrators,” said LaunchTN President and CEO Margaret Dolan. “We are confident that Shani’s success as the first black woman in Tennessee to reach the $1 million investment mark is the first of many as the company grows to serve more schools and students.”

Although black women are the fastest-growing group of entrepreneurs in the U.S., they receive less than 1% of venture funding. According to ProjectDiane, less than 2% of all venture funding goes to companies led by women, while just a mere .006% is allocated to companies led by black women. As a result, Dowell says the statistics point to a larger problem that female founders of color face.

“The fact that we are still able to keep track of the number of black women who have raised over $1 million speaks to the continued barriers,” she told BLACK ENTERPRISE in an email. “It is up to those who hold money and resources to think differently about how they invest in the future. That’s going to require them to expand their networks, learn about companies outside of the Coasts, and learn about ideas that may not speak to their personal and lived experiences but can still be great ideas.”