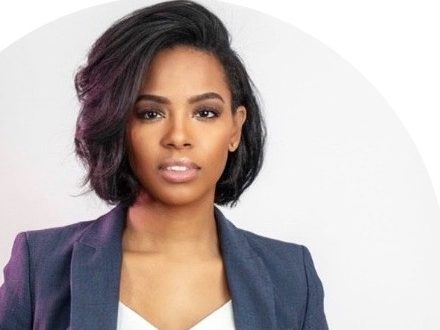 Paulla McCarthy says that having water is a human Right. She is devoted to helping more people gain access to clean water. Credit- LinkedIn

The pandemic has generated a plethora of fear or fearlessness in the minds of many, depending on who you ask. Paulla McCarthy is taking the high road to move forward. The single mother harnessed her fearlessness to become the first African American woman in New York State to own and operate a water bottling company.

“Hello, everyone. I’m Paulla McCarthy and I’m the CEO of YOUTH SAVING SOCIETY and Yes Water Works. I’m the very first Black woman to own and run a spring water bottling plant here in New York. I just wanted to wish you all a happy World Water Day,” McCarthy said in a video shared on LinkedIn.

YSS WaterWorks is McCarthy ‘s company she acquired after a series of unplanned events unfolded. The company’s website explained that McCarthy took a road trip to taste the water in Poestenkill, New York. She later ended up purchasing it from an elderly couple. The nurse and mother of three, who was born in Brooklyn, had also been stressing the importance of financial literacy and entrepreneurship to her twin sons. This is what initially led to the excursion.

In an interview with Earn Your Leisure, the single mother explained that she gave her twin boys $1,600 to sell pallets of water purchased from BJs, during the pandemic. Through the boys’ company called The New York Water Boys, they sold pallets of water on the street, working their way up to selling pallets to supermarkets and bodegas, and also making home deliveries. Through word of mouth and Facebook ads, the young men became successful enough to land a contract selling water to 21 supermarkets. At the time, water was extremely hard to find, during the pandemic.

The interview also revealed that McCarthy took notice, also wanting to find a way to fund her nonprofit called Youth Saving Society, LLC. (YSS) She was originally teaching financial literacy in workshops to youth in schools on her days off, until COVID hit, thus stopping her program.  At the same time, McCarthy was working as a case manager in nursing. Upon running the new business, she reportedly left the profession.

According to YSS Water Works’ website, McCarthy asked the supermarkets in the boys’ sales network if they would carry a private label water brand to support YSS. After they agreed to sell the water, McCarthy located a water company, then planned a trip to taste the water, in hopes of locating a water source for the project. After McCarthy and her children met the original water plant owners, an elderly couple eventually offered to sell her their 15 acres of land, which included an Aquifer which is also known as “The Spring.” After five months of her learning about the water bottling industry at the water company, McCarthy eventually became  the owner.

“I was able to raise $130,000 in two days,” McCarthy also said in the Earn Your Leisure interview.

She also mentioned that family and friends chipped in to loan funds to her for the purchase of YSS Water Works. In the midst of corona, it was difficult for McCarthy to secure a bank loan. She told Earn Your Leisure that her financial efforts have been independent.

However, McCarthy wants to keep everything afloat, including the nonprofit, so she created  the YSS Water Works 3 Million Gallon Challenge. Support generated from it will bring spring water to people in the community who are in need of high-quality drinking water since natural spring water is becoming more scarce in the marketplace.

“To combat this problem and bring our community the absolute best in natural spring water, YSS Water Works is launching our 3 Million Gallon Challenge to pre-sell 3,000,000 gallons of water within the next 30 days and bring access to the hands of the millions in our community,” the website said. “For every dollar spent or donated you will receive a YSS Token to be used towards future purchases. For every 10 YSS water tokens, you will receive 1 YSS Water Coin which will be traded in for a gallon of water.”

If you would like to support YSS Water Works’ challenge, water may be pre-ordered by visiting here, or by donating funds here.