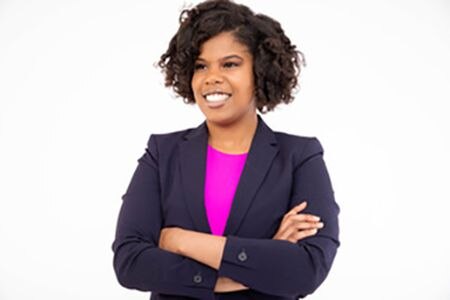 A Brockton, Massachusetts, resident made history after opening the first Black woman-owned cannabis dispensary along the East Coast.

Thirty-year-old Vanessa Jean-Baptiste closed out Women’s History Month by making history of her own with the official opening of her Legal Greens dispensary. “It means a lot to me because we worked really hard to get to where we are and to be open in Brockton, and to be the first fully-recreational in Brockton, then to be the first woman in Massachusetts, it’s pretty huge,” she told CBSN Boston at her grand opening on Sunday.

Born and raised in the city of Brockton, Jean-Baptiste is making herself and her community proud all while owning a business in an industry she is passionate about. “To be able to be in the business in something I love to do — it’s more than work, it’s a passion to me,” she shared.

David O’Brien, the president and CEO of the Massachusetts Cannabis Association, applauded Jean-Baptiste for her historical business move. “It’s the first woman, Black-owned business in the legal market on the East Coast, which is exciting as the first stores that opened in November of 2018,” he said. “It shows that we’re trying to, actually that we’re achieving what we say we want to do, which is to build an inclusive industry in Massachusetts.”

The companies’ co-owner, Mark Bouquet. sent out a word of encouragement to aspiring Black dispensary owners. “It’s possible you can be Black and own a dispensary,” Bouquet declared. “Never give up. Honestly, keep on fighting, keep on chipping at it even when it seems like it’s far-fetched and it seems like you’re never going to get it, continue to fight and fight for it.”

A long line of customers reportedly stretched around the block at the dispensary’s grand opening. Customer Bryce Hall explained his eagerness to support the local business. “We trying to come out here and support local businesses,” Hall said. “I’m from Brockton, it means a lot this is part of our community now.”