Five Steps to Becoming a Supplier for Walmart 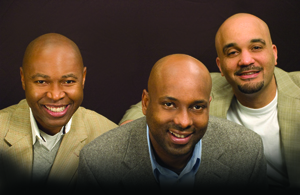 Richelieu Dennis learned at an early age how to spot opportunity — even when literally under fire. More than 20 years ago, college graduates Dennis and Nyema Tubman were unable to return to their homeland of Liberia due to escalation of a bloody civil war. Left with memories of family more than 5,750 miles away from New York, they tapped into their roots to build a new enterprise. Recalling how he had helped his grandmother produce scented soaps as a youngster, Dennis teamed with Tubman in 1992 to launch Sundial Brands, a manufacturer and distributor of organic skin and hair care products for people of color.

“As refugees in New York, we became street vendors with expensive college degrees,â€ he says, recounting how they sold and educated consumers about soaps, Shea butter and other natural products. After “conquering the streetâ€ and conserving cash by living with 10 others in a cramped apartment, Dennis and Tubman would manage to open as many as eight outlets over the years. By 2008, Sundial, which grossed roughly $16 million at the time, became so successful it was named BLACK ENTERPRISE Emerging Company of the Year. Now, its products can be found on the shelves of major retailers such as Macy’s Whole Foods, Duane Reade — and the world’s largest, Walmart.

Gaining access to Walmart may not be as challenging as dealing with the human toil of war or engaging in guerrilla marketing on Harlem street corners but dealing with such a leviathan can be downright intimidating to prospective vendors. After making the connection roughly three years ago, Dennis was ready for the process with its series of detailed conversations and thorough evaluation of his company. It came at a time when the retail giant has been expanding its reach. “The core was that we had a great product from an integrity standpoint,â€ says Dennis. “We were able to offer a cultural perspective and plug into a big business and still customize [our approach for] small customers.â€ Sundial spent months working with Walmart on how to seamlessly integrate their brands into the Walmart architecture.

Dennis shared his compelling journey at the recent annual Walmart Buyers Meeting, which brought together company representatives and scores of diverse suppliers. He further told the audience of the need to “demystify Walmartâ€ as being unapproachable to minority entrepreneurs. The key: Be ready and willing to meet unassailable standards as well as structure a scalable organization.

At the invitation of Marketing SVP Tony Rogers and Marketing Director Sharonda L. Britton, I had an opportunity to attend that session and meet some entrepreneurs who developed a partnership with Walmart, which made our 2012 list of 40 Best Companies for Diversity and reported having spent $11 billion with women- and minority-owned firms in 2011. (I also attended the company’s Cultural World Fair, a celebration of the diversity of its employees representing Jamaica, Nigeria, Peru, India and China, among others.) The roundtable in which Dennis participated was an instructive and candid exchange on what it took to become — and stay – a Walmart vendor. In fact, BLACK ENTERPRISE has teamed with the retailer on 20/20 Vision Forums on supplier diversity this year, sharing with entrepreneurs how landing and successfully fulfilling a sizable contract with major corporations can catapult a company to the major leagues. And Walmart has a solid reputation for backing its top performers in good and bad times.

Duncan Mac Naughton, executive vice president and chief merchandising & marketing officer for Walmart US, told the group about the company’s Merchant Rewards Program with the intent of strengthening its bench of buyers and supplier development teams while upgrading vendor relationships to help make those companies more viable and competitive.Â

You don’t have to start at the top to introduce your product or service. Seasoned vendors say that you shouldn’t “view Walmart as a corporation but a collection of people in which you can build relationships.â€ In fact, a number of entrepreneurs introduce new products through associates at local stores. In fact, the most common bit of advice at the Buyers Meeting: slow and steady. The vendors that have the greatest odds for developing a lasting relationship are those that successfully grow from regional vendors to national suppliers.

Understand Walmart’s M.O. Bronner Brothers Inc., a diversified BE 100s company that produces, among other items, hair and beauty products and publications, has had the benefit of being a Walmart supplier for 28 years. In fact, CEO Bernard Bronner says the 65-year-old company and 50-year-old Walmart share a common history and modus operandi. “My father [late company founder Nathaniel Bronner, Sr.] and Sam Walton were similar in the way they operated,â€ he explains. “They were similar in philosophy and frugality. They both ran family businesses.â€ Their shared outlook included full commitment to the business; setting high goals for quality and business practices; treating employees and vendors as partners; and exceeding customer’s expectations. Those tenets helped cement a strong bond between Walmart and Bronner Brothers, which maintains its status as a respected, valued partner to this day. Asserts Bernard Bronner: “We learned how to work more collaboratively. We have an understanding that’s not just about great product but infrastructure, logistics and compliance.â€

Know the limitations of your company. Dennis was clear about Sundial’s financial and operational capabilities when he stepped up as a supplier. For one, the company’s structured to efficiently accommodate multiple orders from a number of outlets and its quality control system is down pat. Before entering into a supplier agreement with Walmart — for that matter, any large corporation – make sure your company has a say-to-do ratio of no less 100%. In other words, the CEO must know his or her enterprise passes the test of integrity, reliability, scalability and ability to deliver.

Learn the Four Ps. Each panelist stressed the need for supplier development, taking incremental steps over 2 to 5 years in most cases. The last thing a company can afford to do is disappoint Walmart — or any customer — especially in handling its first assignment. If you fail, don’t expect second chances. For the best results, work with the designated buyer to review every nook-and-cranny of your arrangement. And follow the four Ps: 1) Presentation: Make sure your product meets Walmart standards; 2) Price: Always keep in mind you’re dealing with cost-conscious consumers; 3) People: Gain customer insights and learn how to best serve your consumer segment; and 4) Product: Although price is a major factor, distinguish your company’s offerings by capturing a new trend or filling an underserved niche.

Always be prepared. At the Buyers Meeting, one entrepreneur was selected on the spot to give an impromptu presentation. Kyle Donovan, publisher of NV magazine, told the audience of his new idea: IFork, an inventive, sanitary line of utensils that uses a stand to keep flatware from touching tabletop surfaces as a means of avoiding bacteria and other contaminants. One Walmart buyer was so excited by the concept he immediately dashed across the room to engage the newly-minted inventor. Attendees believe Donovan’s product and elevator pitch may very well lead to an order.

Through preparation and tenacity, your company could become a beneficiary of such opportunities.