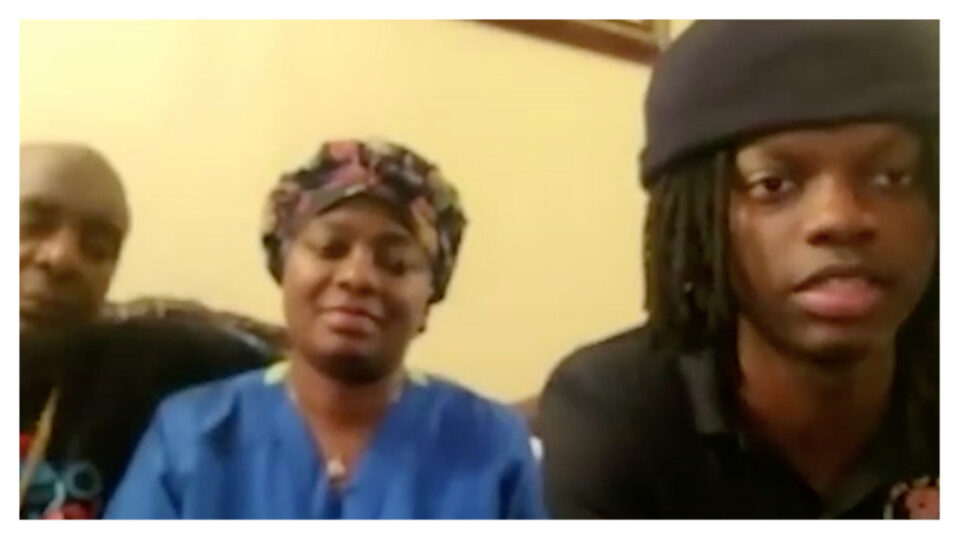 Jermaine Jones, the Florida teen who was approached by two angry white men who vandalized his car in Sanford, Florida on June 14, is speaking out with his parents. Sanford is the same town where neighborhood watchman George Zimmerman murdered 17-year-old Trayvon Martin in 2012.

The Washington Post reports that Jones was inside his parent’s Mercedes-Benz with a friend in the upscale Lake Forest neighborhood when he said he saw two men approach him. The men were later identified as 52-year-old Donald Corsi and Howard Hughes, 61. The men were angry that Jones had allegedly been speeding and accused him of street racing.

Jones said he denied racing but apologized for speeding in an attempt to calm the angry men, one of whom was armed with a large rock. The other man had a large cone and threw it at the car Jones was driving, hitting the teen’s 15-year-old passenger and leaving a large dent in the door. The other man smashed a rear window with the rock, which prompted the teens to get out of the car and call 911.

The teenager also began recording the incident with his cell phone and called his parents. The men were still visibly angry on the video as one yelled, “Get out of my neighborhood!” A woman in the video also yelled at the teenagers to get out of her neighborhood. After Jones asked her why she was armed with a firearm, she replied, “You’re the one who would get a gun! You don’t belong here!” Another unidentified man in the video also admitted to having a firearm.

C.J. Jones, 56, and his wife, Niko Jones raced to help their son and said the Seminole County Sheriff’s Office would not have arrested the men had he and his wife not been on the scene.

“If we were not there, law enforcement would have never charged the men though we had evidence right there,” Jones said. “We could have lost our son that day.”

The 16-year-old told NBC News that his parents had prepared him for racist altercations.

“My parents have always taught me about things like this,” he said. “Situations like this and I learned from seeing situations like these that a phone could either save your life or, um they could’ve gotten away with what they did if I wasn’t recording.”

Both men were arrested and charged with felony criminal mischief. Hughes could also be charged with misdemeanor battery. They were released on bond and are due in court on Aug. 16.