Flu Season and Protecting Yourself at Work: Separating Myth From Fact 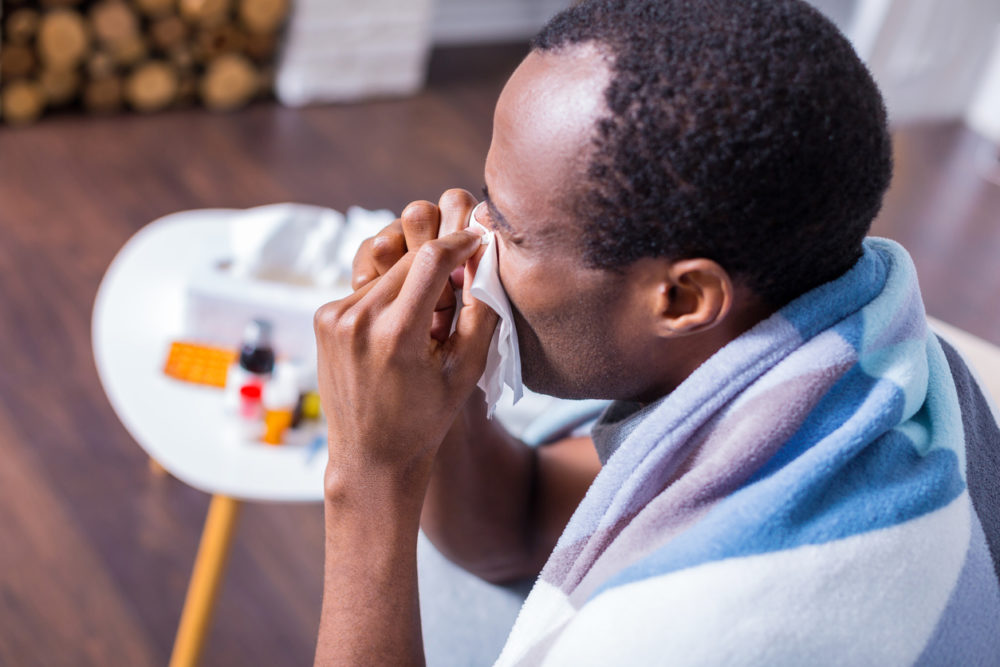 Considering 2017 was the deadliest flu season in many years, you may want to think twice about skipping your flu shot. Radio personality JoJo O’Neal from HOT 99.5 in Orlando, Florida, never considered getting a flu shot because she’d never had the flu. And despite her chronic asthma, she considered herself healthy—working out regularly and even competing in several fitness competitions. But in 2018, O’Neal got the flu — not once, but twice. It also complicated her asthma, and she transmitted it to her sister who suffers from lung disease which seriously compromised her health as well.

AARP, an organization dedicated to empowering people to choose how they live as they age, reports an estimated 70% of adults, ages 50-64, have one or more chronic illnesses. And according to the CDC, adults in the same age range had the second highest hospitalization rates for the flu last year. Like many other people O’Neal’s age, the flu is potentially dangerous for those who have other chronic health conditions such as asthma, diabetes, heart disease, and obesity. Yet African Americans and other minorities are among the least likely to get the shot, according to the Department of Health and Human Services (HHS).

Many people avoid the flu vaccine because there are a lot of myths or negative perceptions around it. This includes the belief that the flu vaccine causes the flu, has harmful ingredients, or because they rarely get sick, the vaccine is not needed. Black Enterprise asked Dr. Cedric Rutland, M.D., a spokesperson for the American Lung Association, to clear up a few myths and misconceptions about the flu vaccine and provide tips for dealing with flu in the workplace.

Myth: Flu vaccination is only important for kids, pregnant women, and people who are really old. I’m healthy and rarely get sick, so I don’t need the vaccine.

Fact: I recommend the flu shot to all of my patients 6 months of age and older as the best way to protect them from the flu. This is incredibly important not only to protect you, but also those around you. One group who often doesn’t realize they are at higher risk is adults 50 years of age and older who feel good and healthy. But what they don’t realize is by the time they reach age 50, they’re much more likely to have one or more chronic health conditions (asthma, heart disease, diabetes) that can make the flu incredibly dangerous – leading to increased hospitalizations and even death. Everyone should get their annual flu shot.

Fact: The flu vaccines administered with a needle do not contain a live virus so they cannot give you the flu. The nasal spray flu vaccine does contain live viruses, but they are weakened, so they do not cause the flu.

What steps should employers take to address or prevent flu in the workplace?

The best way to protect yourself and your coworkers against the flu is to get your flu shot as early in the flu season as possible. You can also help stop the spread of germs by washing your hands, covering your mouth and nose when you cough or sneeze, and stay home from work when you are sick to prevent infecting others.