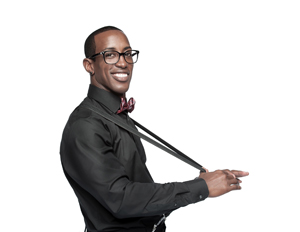 BlackEnterprise.com recently had a one-on-one with NFL vet Phillip Buchanon. Buchanon was drafted by the Oakland Raiders and before retiring from the sport, the athlete played for the Houston Texans, Bay Buccaneers, Detroit Lions and the Washington Redskins. These days he’s exploring new terrains with his brand Octocanon, a name he chose to reflect his multiple professional endeavors.

The baller turned businessman is the author of a novel New Money: Staying Rich and a children’s book series. InÂ our exclusive talk,Â Buchanon opens up about allÂ of his endeavors and his passion for using his mistakes to educate others.

Phillip says it was his aunt who suggested he shareÂ the decisions he madeÂ as a professional athlete and what he should have done differently. With an injury freeing up his time, Buchanon was inspired to write a novel and complete his education at the University of Miami.

“While I was in school I just started writing,” he says. “I wrote a chapter based on family. I was going in pretty hard on the family, but it’s not to embarrass my family members. It’s to educate other people that are coming into new money.” One of the biggest mistakes Phillip says he thinks professional ballers make is “being uneducated on how to handle money and not understanding how to handle their family.”

Of his time on the field, Phillip says he also found many of his peers to solely trust their financial advisors with their money matters. In New Money: Staying Rich, he stresses that young adults coming into “new money” need to select mentors who have no financial gain by helping them. Financial advisors may or may not have a newly rich client’s best interest at heart, he warns. A trusted mentor can double check the counsel of financial advisors and advise the new professional accordingly.

Other chapters touch on friends, living the Hollywood life, and it wouldn’t be a pro-athlete read if there wasn’t some mention of the ladies.

We found the retired vet to be immensely passionate about using his own wrongs to potentially deter others from repeating similar financial mistakes. Even children, too. Buchanon is developing Little Phil’s Financial Educational Series, a collection of books to teach kids about money. “If I was younger and could have been educated on money, maybe it could have helped me as far as understanding the value of money,” he says.

Still in the works for Buchanon are comic books and board games. The baller has seemingly found his place in what he calls “edutainment” and is running full speed.