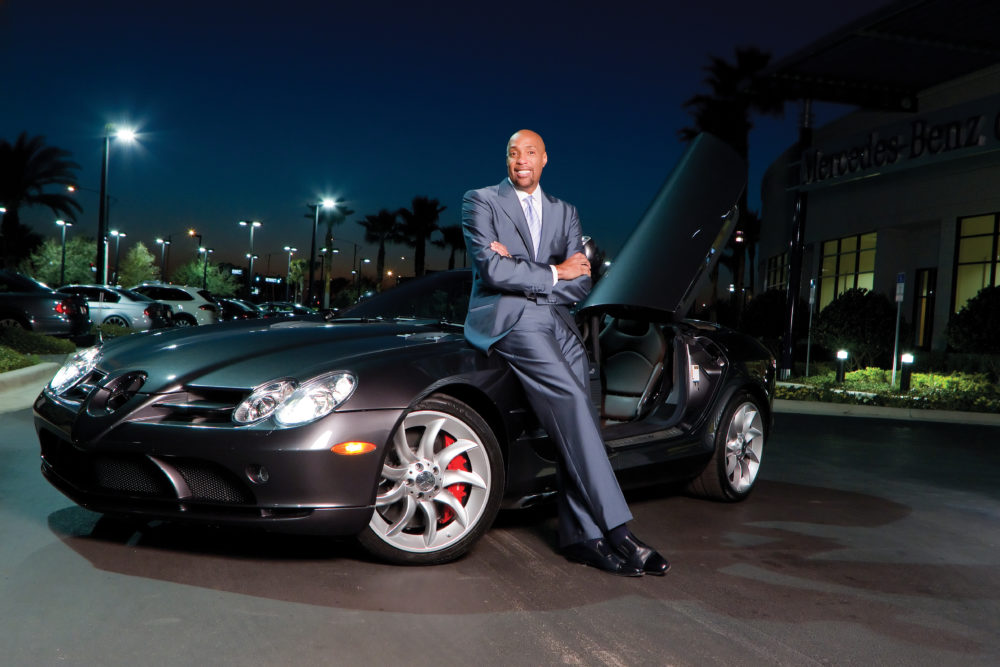 As leader at a top black-owned car dealership for the past decade or so, Dorian Boyland is not your ordinary auto dealer. Most dealerships are judged by how many vehicles they sell or how much revenue they produce. The Boyland Auto Group CEO, however, judges himself based on how much profit he can generate from each sale. During his 34 years in business, Boyland has owned and operated 22 dealerships in six states before selling several dealerships and making preparations for retirement.The former first baseman for the Pittsburgh Pirates currently scores with six dealerships in Oregon, Florida, and Wisconsin.

Boyland runs his Orlando, Florida-based auto group solely on analytics and data reports. In fact, he received a doctorate degree this year from his alma mater, The University of Wisconsin, making him one of a few auto dealers nationally to earn that distinction. Boyland’s essential metric has always been that his dealerships realize a minimum net profit of 4% as a percentage of sales annually. Boyland has achieved that by making profitability and cost efficiency his top focus.

The strategy has helped Boyland’s company remain a preeminent dealer among the BE AUTO 40, (BLACK ENTERPRISE‘s annual list of the nation’s largest black-owned businesses in the “Auto” category). His company saw a sturdy 9% annual revenue growth–from about $599 million in 2017 to nearly $654 million in 2018–making it the third-largest black franchise in the U.S. The $55 million gain mainly came from increased business from the auto group’s service and parts unit.The family-owned business sells Dodge, Chrysler Jeep, Honda, Ford, Mercedes-Benz, GMC, and Hyundai.

Among the elite dealerships for Boyland is his luxury car franchise, Mercedes-Benz of South Orlando. Boyland says the Florida store has contributed 25% annually to total revenues over the past 15 years. He noted it earned the Mercedes-Benz “Best of the Best Dealer” Recognition Award for 2017 and 2018.

All told, Boyland says new car sales rose 2% and used car sales increased 8% in 2018 over 2017. Net profit for the auto group rose 6% last year over the prior year.

Over the years, Boyland Auto Group has made a big commitment to new business development, mostly generating sales from the internet, social media, and digital marketing. Those channels account for about 80% of the auto group’s advertising spending, up from just 25% five years ago. Plus, the online methods have allowed the company to cut advertising costs 50% annually from five years ago. “I operate this business as a tight business that is supposed to generate a profit,” Boyland says.

Boyland lists helping other black entrepreneurs become key players in the auto industry among his biggest accomplishments. Over the past 30 years, he figures he has provided opportunities for 10 minorities to become dealership owners or general managers within his company.

He says there is an existing challenge of minority dealers relying too much on the manufacturer to boost the number of black-owned dealerships. “We have to do it ourselves,” Boyland says. “We’re not doing enough for each other.”