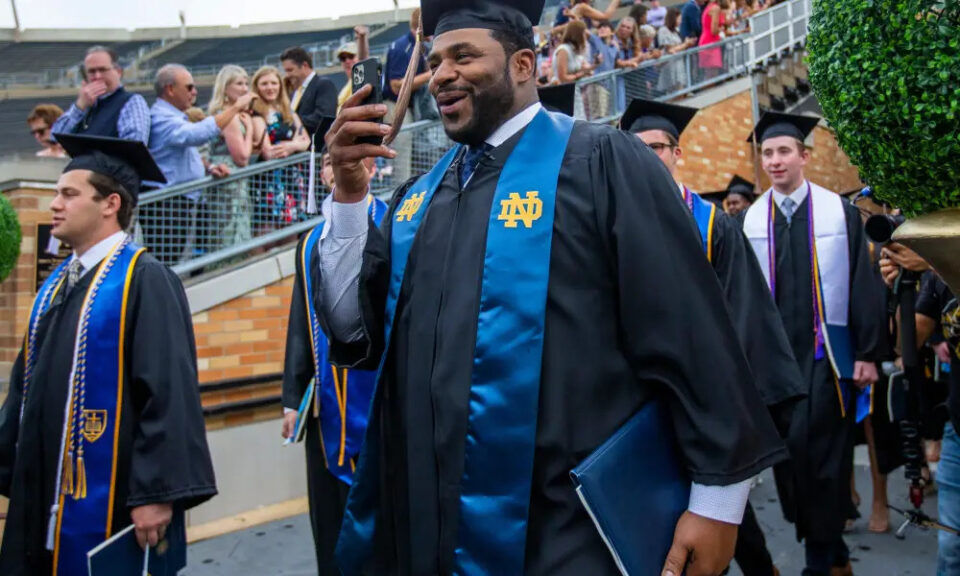 For NFL Hall of Famer Jerome Bettis, it is never too late to fulfill a promise to yourself. Now “The Bus” is celebrating his graduation nearly 30 years after leaving university to purse his pro football career.

“For me, academics, that was the pathway for a higher education,” Bettis said, according to Notre Dame. “But then I played football and that became my pathway. My parents were very matter of fact about where I went to college. I fell in love with Notre Dame and the rest is history.”

According to CBS Sports, the former Pittsburgh Steelers star running back returned to the University of Notre Dame only to graduate with his business degree from the Mendoza School of Business. Announcing the news on Twitter, Bettis celebrates this achievement and longstanding promise as part of the Class of 2022.

“A promise made, a promise kept. 28 years after leaving @NotreDame, I’ve completed my degree from the Mendoza School of Business,” Bettis said on Twitter. “I hope my journey serves as [a] reminder that education is the true equalizer in life and it is never too late to start.”

A promise made, a promise kept. 28 years after leaving @NotreDame, I’ve completed my degree from the Mendoza School of Business. I hope my journey serves as reminder that education is the true equalizer in life and it is never too late to start. pic.twitter.com/J0Xn7Up47n

The Class of 2022 graduate left Notre Dame to pursue the NFL in 1992 after the first semester of his junior year, as per Sports Illustrated. His plans to participate in the 1993 NFL Draft came to fruition after he was eventually selected by the Rams with the 10th pick in the draft.

With only four courses left, Bettis credits his reason for finishing his last semester to the promise he made to his mother.

“I promised my mother that I would get my degree. In my immediate family, I’ll be the first person to graduate from college,” he told TODAY. “But most importantly, I have two children. For them to see dad finish a commitment that he set out some 27 years ago, for me to complete that, I think it says a lot to them.”

“This is education related, and you can never take away the education,” he continued.