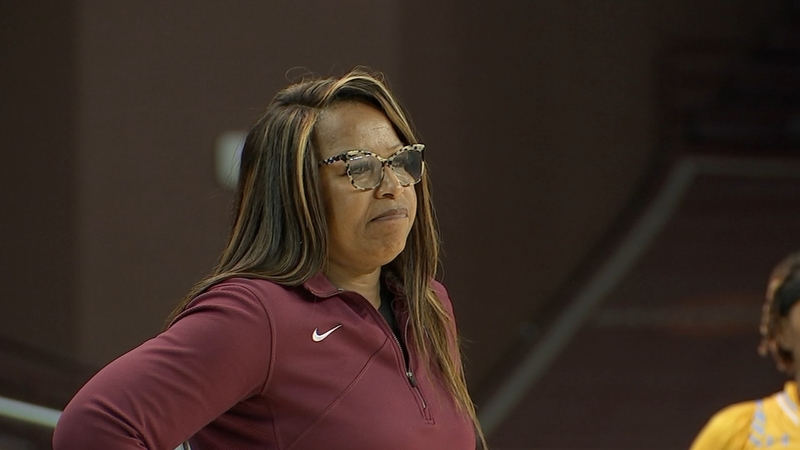 Legendary women’s basketball coach Cynthia Cooper-Dyke is being called out by former players who accuse her of degrading them and endangering their wellbeing.

Athletes who played with Cooper-Dyke during her stints at Texas Southern, UNC-Wilmington and USC claim to have alerted school personnel about her actions but were ignored, Sports Illustrated reports.

“Nobody has said anything or done anything, just passed her off to the next school,” one USC player told The Athletic.

“This woman mentally and emotionally terrorized us.”

Allegations against the coach span over the last decade of her career.

In one instance, Cooper-Dyke is accused of issuing a harsh response to one Texas Southern player with a mental health diagnosis who also suffered from depression.

“No, she will be all right; she just needs some d—, that’s all,” Cooper-Dyke allegedly said. Later, she referred to the same player as a “sorry-a– virgin.”

Cooper-Dyke coached at the school for the 2012–13 season and again from ’19 to ’22. She is accused of telling one player who was doing squats that her “hips are big, you got a fat a– and I can tell you like to ride some d—.” She also allegedly fat-shamed one player so much the athlete refused to eat in front of her.

“She would talk to us like we were murderers in jail, if you know what I mean,” one player said.

“I’ve never had a coach that’s cussed at me like she did or said some of the things she would say.”

Additionally, Cooper-Dyke is accused of forcing players through grueling practice drills even if they had injuries that prevented them from performing. One player who couldn’t train due to an injury was allegedly kicked off the team.

Cooper-Dyke announced her retirement on March 17. She has denied all of the allegations made against her.

“Throughout my years as a coach, I’ve had countless interactions with players in my role as their coach, mentor and friend,” she said

“I had positive relationships with the majority of players and staff, and my only intention was to maximize players’ potential and help them be their best. While these allegations are untrue, everyone deserves to work, play and learn in a respectful environment, and I deeply apologize for and regret any words used during the course of a spirited game or practice that offended or hurt someone.”