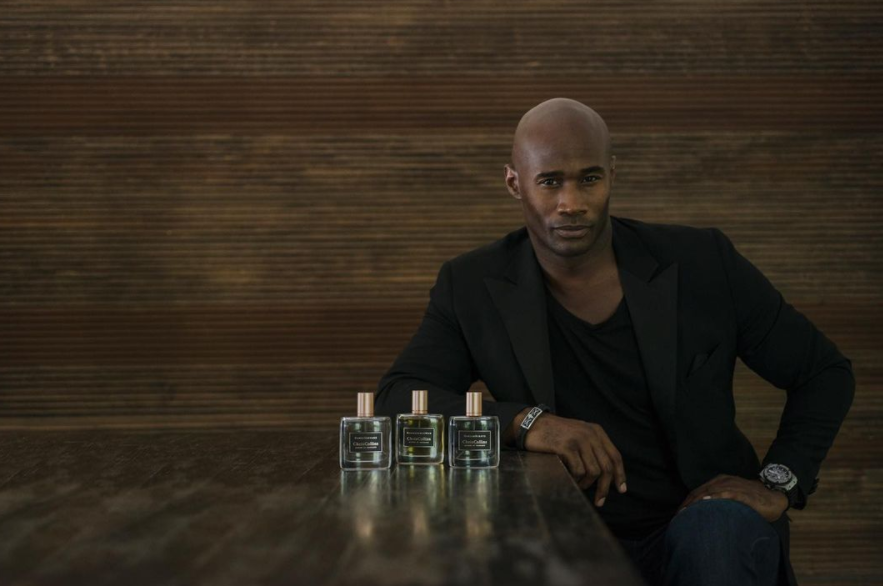 Chris Collins made a living for two decades as one of the faces of Ralph Lauren. He took the luxury experiences the brand is known to provide and put them into his own high-end fragrance line.

“To me, luxury isn’t a dollar amount. It’s a feeling,” Collins told Robb Report. “Working with Ralph Lauren taught me a lot directly and indirectly about luxury and branding. Ralph was never trying to sell an item, but more so an experience.”

He launched his perfume line in 2018 with the Harlem Renaissance collection that included three sophisticated signature scents titled Renaissance Man, Harlem Nights, and Danse Sauvage. Inspired by one of the city’s he calls home, he modeled the Eaux de parfum after the creativity and culture that came out of the era. He has since expanded his collection to include extraits de parfum priced between $125 to $275

“It wasn’t until I began working with the perfumers in Paris that I realized that parfums have levels,” Collins said. “I wanted all of my fragrances to be intense but not overwhelming. When you use great materials you can go to high levels and balance the sillage.”

Now the model and entrepreneur is able to merge the two fields with posts that show off his physique and charming good looks all while promoting his business.

His idea was birthed during a trip to Paris where he opened up to a friend about his dreams of starting a fragrance line.

“I remember saying I would love to create perfume the way musicians play music,” Collins recalled. “My friend responded by explaining how close Grasse was and let me borrow their car to drive there and explore the options. I had no plan, just my ideas.”

Collins credits Grasse, the jasmine field commune located in the French Riviera that helped create Chanel No.5, for being open to his ideas despite being a newcomer to the industry. “They trusted me throughout the entire process and were the first to work with me to produce the Renaissance collection,” he said.

With a blessing from Ralph Lauren himself, Collins set out to make a statement in the luxury fragrance industry with scents that each hold personal meaning to him.

“Every fragrance and collection I’ve created comes from a very personal place for me—they all tell a story,” he said. “Most of my fragrances are unisex but generally appeal to those who live with imagination and appreciate a unique perspective. They come from all over the world.”

Now, after enduring the challenges that most business owners faced in 2020, Collins has a new collection on the way and plans to open up a boutique in New York City.

“I’m creating fragrances for those who love to feel luxurious,” Collin said.