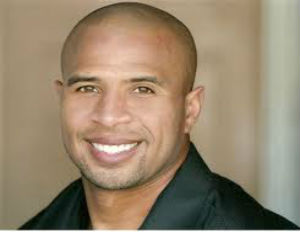 In 1996, when the Green Bay Packers won Super Bowl XXXI, the last thing on the mind of their all-pro running back Dorsey Levens was a concussion. Now at the age of 42, this former NFL player is speaking out about the one thing that’s not so super in the NFL these days.

In May 2012, Levens became the executive produced and narrated Â Bell Rung, a powerful documentary about concussions and the high price athletes pay to play professional football.

“More than anything, this documentary is about awareness,â€ Levens said. “After the deaths of players, like Junior Seau, the topic is being brought up more and more, but with this documentary all I can ask is that conversations are had and there is action taken by the NFL and the NFLPA [Players Association].â€

Throughout the documentary there are several stories told from the perspective of former professional football players, like Wayne Gandy, Ellis Hobbs, Ryan Stewart and Levens himself, who have suffered not one concussion, but many over and over again throughout their careers, whether they knew it or not.

“Yes, players back in my day and players now are walking around with concussions or have had one and have no idea that that’s what it was,â€ Levens’ explains.Â  He goes on to talk about one study that is being done now on the brains of former players to give a bird-eye view of what the brain looks like at different stages after various types of concussions. This is step in the right in the direction of getting useful information to the players and doctors so they will know more.

While we’ve heard over and over again about the severely of concussions one would think that any and every piece of information that is out there to help protect the players and get them the information needed would be available, but unfortunately that’s not what is happening in Levens’ case. While awareness is number one on his priority list, distribution of the film has been the challenge.

“I have good product that educates, but since so many companies are in bed with the NFL, it’s hard to get the real stories out there. This is the type of truth that players need to see to arm themselves with to not only protect themselves but to help protect each other,â€ he says.

Back in June 2012, more than 2,000 former NFL players filed a lawsuit accusing the National Football League of concealing information linking football-related injuries to long-term brain damage. The NFL denies the claims, saying, “Any allegation that the NFL intentionally sought to mislead players has no merit. It stands in contrast to the league’s many actions to better protect players and advance the science and medical understanding of the management and treatment of concussions.”

Levens knows that getting the type of distribution he wants is going to be harder than any game he ever played in. But with the importance of the subject a matter of life and death, he knows he’s got to score.

“There is no quick fix to this. It’s going to take some time to get the technology right, to get the proper doctors educated, to get the information out there to the players, but it’s all a step in the right direction.â€

Marcelle English is a journalist and founder of Jersey Girl Sports.