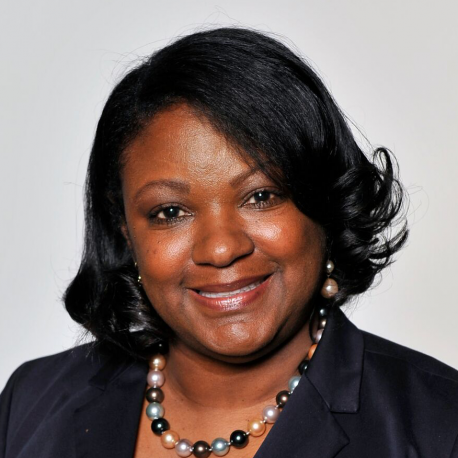 BLACK ENTERPRISE has developed the Success Beyond Bars video series -sponsored by Koch Industries – to spotlight individuals who have been incarcerated and have turned their lives around by creating innovative, impactful ventures that change our world. The first profile features entrepreneur Teresa Hodge, co-founder of Mission: Launch and CEO of R3 Score.

Teresa Hodge has designed a powerful platform to help the formerly incarcerated re-enter society and advance their financial lives. Co-founder of the Baltimore-based nonprofit organization, Mission: Launch, and CEO of the for-profit service, R3 Score, the innovative entrepreneur has developed these ventures with her daughter, Laurin Leonard, to help “unlock opportunities and create financial access” for roughly 70 million Americans nationwide who have an arrest or conviction record.

Hodge intimately knows about making that painful transition from a life behind bars to an aspiring citizen held back by a criminal record. In January 2007, she began serving 70 months in federal prison for mail fraud after spending several years fighting criminal charges. It was during her confinement at Alderson Federal Prison Camp—the oldest and largest federal prison camp in the U.S., which has held prominent figures like blues legend Billie Holiday and media mogul Martha Stewart—that Hodge and Leonard discovered their true calling. “I never thought that I would find myself incarcerated under any set of circumstances,” she told BE. “It was just very devastating to me and my family. I was fearful of the women I would encounter. What was shocking, however, was how much I had in common with the women I was incarcerated with. I went from fear to feeling a part of a community of women who were far away from their homes, and many of them, like me, just wanted to get back to their lives.”

The mother-and-daughter team did just that. As the two discussed Hodge’s post-incarceration future during Leonard’s visits, their talks shifted to creating a model to help those with conviction records not only become productive citizens but also realize their aspirations. Those conversations spawned Mission: Launch. “Lauren’s undergrad is in sociology, and she often said that she was going to pick a cause. It just so happened prison picked her,” asserts Hodge. “Lauren actually started the business before I came home from prison. She was in graduate school at Johns Hopkins University and entered a business plan competition. I was in prison sending her information about what is now Mission: Launch. She placed third in that competition, and that was just the inspiration she and I both needed to move forward.”

She added: “When I came home, I worked during the day and would do research at night. All of the money that I saved went toward starting Mission: Launch.”

The sacrifice and hard work paid off. As stated on its website, Mission: Launch has “championed social good technology, civic innovation and self-employment as re-entry strategies.” For example, the organization has bolstered entrepreneurs with records through its LaunchPad Accelerator, created after it received a $50,000 Small Business Administration grant in 2014, Hodge says, to respond to the fact that roughly 70% of those who have served time in prison are unable to find employment. She further stresses that the best means for them to identify customers and market products and services has been through apps and other tech-based platforms. Moreover, Mission: Launch has initiated successful collaborations among entrepreneurial innovators, civic hackers, and brilliant legal minds as part of its series of “Rebuilding Reentry’ social justice hackathons.

It appears that its most powerful financial game changer will be R3 Score. Think of it as a FICO score for the formerly incarcerated.

“Often when bankers do a credit check or a background check, they find out that you have an arrest or conviction record. In finding out that information, they are uncomfortable with giving you money,” Hodge says behind the impetus to initiate an alternative to a standard background check. “I am not a techie. I don’t know how to code a line but I brought a software engineer in and asked, ‘Could this rubric be turned into technology?’ He said, ‘Yes,’ and we’ve been developing it for two years. We’re now ready to launch R3 Score.

As it’s spelled put on the Mission: Launch website, here’s how it works: Its online platform enables individuals with records to respond to a few questions and, in turn, receive an equitable numerical score and use it during the application process for occupational licensing, bank financing, commercial contracting or other such opportunities. By creating a risk analysis tool that “uses an algorithm for background screening that is fair,” it promises to improve the lives of those with criminal records by increasing access to jobs, entrepreneurship, and financial products.

In developing this measure, Hodge formed a partnership with community development financial institutions, better known as CDFIs seeking “to understand how to make an intelligent decision concerning a person who had an arrest or conviction record.”

“We made the business case that there is millions, billions of dollars that you’re not making because you do not understand this population,” she says. “Our tool would be able to help you understand them, minimize your risk and your anxiety, and you could start making money. When we put it in dollars and cents, it made sense for them. Today we have CDFIs that are interested in a pilot program that we’re doing in the DC- Baltimore area, and it’s been exciting.”

Hodge’s work has garnered much attention. For instance, she was named as a 2016 Open Society Soros Justice Fellow advocating tech inclusion, and in March 2017 received the coveted Dewey Winburne Community Service Award for digital inclusion at SXSW. Last year, she also served as a panelist for “TCX Cares: Turning Lives Around with Tech” at BE‘s 3rd Annual TechConneXt.

In the “Success Beyond Bars” videos, Hodge shares details on her personal and entrepreneurial journey and her mission to diminish personal bias and social stigma by empowering the formerly incarcerated to really be able to make a dignified return home.