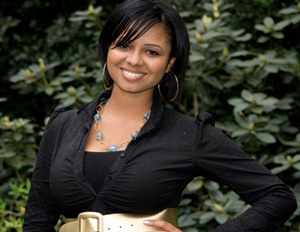 Have you ever yearned to do something bold, pack up, jump on a plane and start over somewhere new? With a burgeoning population in excess of 1 billion, the lure of Africa has become a magnet for professionals in the diaspora. In a quest to start over in a new, stimulating environment, women are seizing opportunities to pursue their careers on the African continent. Four women, born, raised and based in Britain, discovered their ancestral homelands presented life-changing opportunities. Susan Younis, Elvina Quaison, Margaret Kadi and Cathy Phiri explain how the call of Africa became too loud to ignore.

“Moving to Nigeria happened by accident,” Susan Younis says. “I had been working at MTV in London for six years when I decided to freelance. I was just about to finish a contract when I received a call from MTV Africa asking me to shoot a series in Nigeria. The rest is history.â€

A dual British and Nigerian citizen, Younis was born in Lagos and moved to the UK with her parents when she was four. After carving a successful career in TV production in London, Younis accepted the invitation to go back to Nigeria and eventually relocated to Lagos.

Younis ultimately became responsible for MTV Nigeria’s flagship show and was promoted to senior producer earlier this year, overseeing production for the entire MTV BASE network. Her new role required her to relocate again, this time to MTV’s head office in Johannesburg, South Africa.

While her salary now extends further, Younis has experienced difficulties. “The infrastructure in Nigeria is not stable,â€ Younis says. “Basic things like sending large files on e-mail can be laborious and frustrating.â€

However, she feels fortunate to be working with so many diverse and talented people. “The key benefits are the opportunities to work creatively in this booming market. It’s been a blessing to be part of such a huge movement,” Younis says. “I predict that African music will make the transition to the Western market in due course. Being a part of that is a great feeling.â€