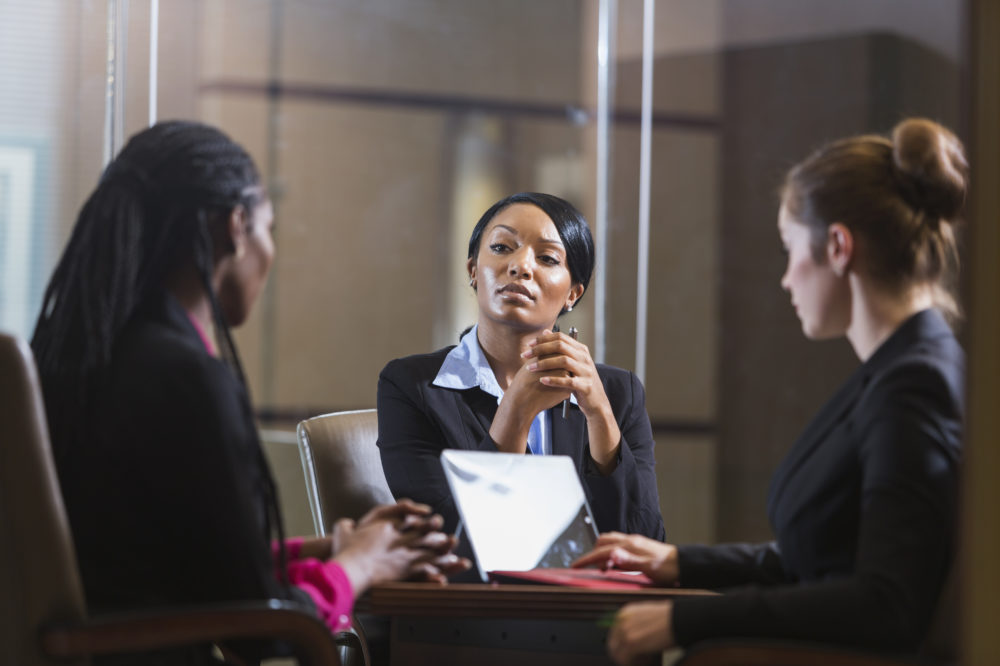 Four CEOs, including three who are Black, spoke on racial inequities in corporate America Monday at the Charlotte Corporate Community Roundtable.

The CEOs of TIAA, Novant Health, Lowe’s, and Blue Cross Blue Shield of NC shared ideas and spoke on the racial issues in corporate America. Lowe’s CEO Marvin Ellison started the panel off by saying all CEOs are obligated to have a voice on the concerns and the issues impacting our society today.

“As I look back at all were dealing with, whether its COVID-19 or social unrest I’ve tried to do two things,” Ellison said. “First, being a leader within my company and the thing that we talk about often here at Lowe’s is creating a comfortable environment for uncomfortable conversation.

“As a Black man, I feel obligated whenever there is some issue of  social unrest or another issue impacting society specifically to the African American race I want to sit down with my leadership team and have a real conversation so they can understand not only what the issue is, but make sure they understand the impact on me and people who look like me to make sure we understand the world operates through a lot of different lenses that we have to look through.”

“We’ve put a lot of processes and training in place so that we give all of our leaders, irrespective of their ethnicity, a toolkit so they can understand how to engage their direct reports in conversations because we believe that communicating, learning, understanding and having empathy of what’s happening around you is a really important part of leadership.

Roger Ferguson, the CEO of TIAA, told the panel that what is happening in American in terms of health and economy has been decades in the making.

Ferguson added that he wants to see businesses in Charlotte and across the country challenge each other in best practices.

“What are the best standards in terms of promotion in an organization, where are those broken rungs in the career ladders where African Americans, Latinos and other minorities fall off and White males tend to progress?”

Novant Health CEO and President Carl Amato said his team has had to focus on the race issues in the country at the same time it has had to deal with a national pandemic.

Amato said when he joined Novant as president and CEO he invited 20 of his White senior leaders to a caucus to discuss racial injustices. At the caucus, the group discussed the issues Black men and women face as well as those in the LGBT Community.

“That became a movement for us because we decided to take personal responsibility and create a more diverse, inclusive, and equitable work force and healthcare environment for all of Novant Health.”

The racial inequities in healthcare have been exposed during the coronavirus pandemic. Black Americans are dying faster and more often from the coronavirus than White Americans due to preexisting conditions, a lack of quality healthcare options, and environmental factors such as living near superfund sites.

According to Vox, as of September, Black Americans are dying from coronavirus at a rate of 98 deaths per 1,000 people. That’s higher than the rate for White, Asian, Latino, Pacific Islander, and Indigenous Americans,

“Not only in our organizations but across the communities—and they’re the same communities we live and work in,” Sotunde said. “Not one of us can do this alone, it’s going to take a coalition of the willing to come together to drive much-needed change.”