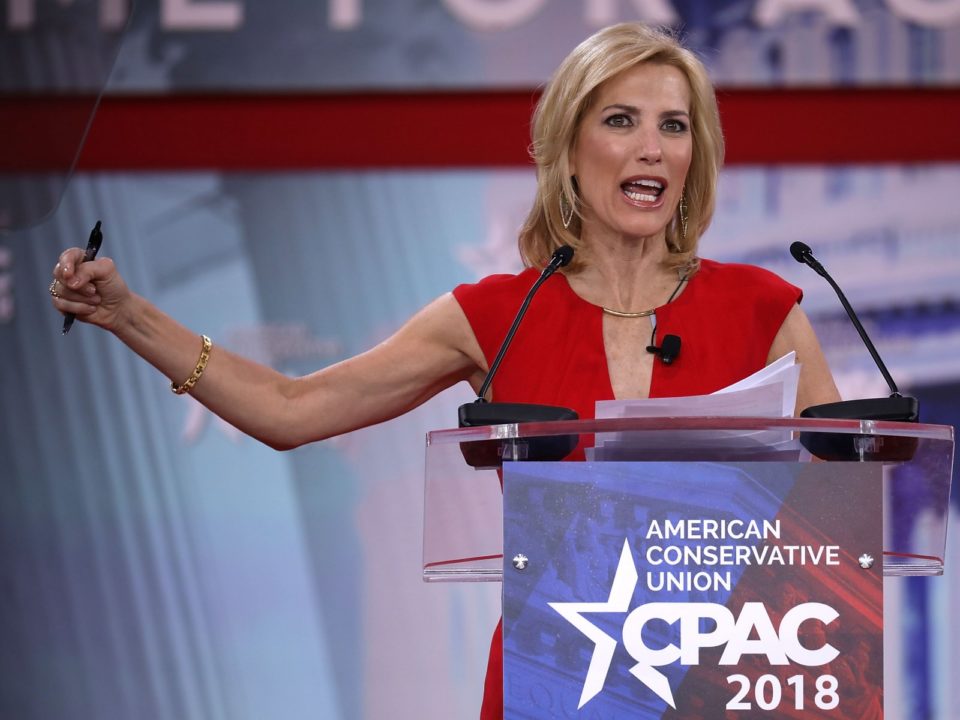 Laura Ingraham speaks at the CPAC conference in 2018. (Image: Twitter/@TheHill)

Fox News host Lauren Ingraham has a plan for getting Americans back to work and boosting employment in the U.S. as the labor shortage continues.

“What if we just cut off the unemployment,” Ingraham said during an interview with Bar Rescue‘s Jon Taffer last week. “Hunger is a pretty powerful thing.”

Ingraham did pause her judgement long enough to acknowledge the hardship some people are facing when it comes to childcare and other factors preventing them from getting back into the workforce.

“I’m talking about people who can work and refuse to work,” Ingraham added.

Taffer decided to jump on Ingraham’s bandwagon and take it further by comparing workers, including those in the bar and restaurant industry, to military dogs.

“They only feed a military dog at night because a hungry dog is an obedient dog. Well, if we are not causing people to be hungry to work, then we’re providing them with all the meals they need sitting at home,” Taffer said.

The comments by the pair came after Taffer described a scenario where two people living in a household receiving $800 a week each in unemployment benefits would make $83,000 a year, implying that, therefore, residents don’t have an incentive to work.

However, the simplest dive into unemployment numbers and benefits defeats that argument.

For starters, many Republican-led states have already cut off most unemployment insurance benefits, and it’s led to similar employment numbers as states that haven’t cut off benefits.

Taffer apologized via Twitter during the weekend, saying his comments “were an unfortunate attempt to express a desire for our lives to return to normal.”