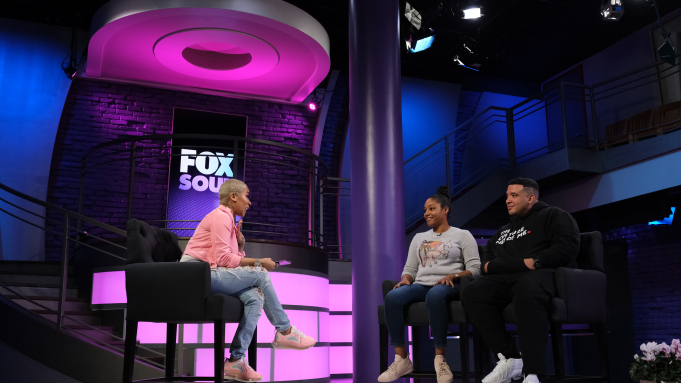 The streaming wars continue with the addition of Fox Soul, a new streaming platform, a live and interactive OTT streaming channel positioned for African American viewers. According to its website, programming on Fox Soul celebrates black culture and addresses real topics that impact the everyday lives of the black community through frank and insightful dialogue with local and national influencers.

“We are proud to debut this African American focused channel, created by and for the members of the black community. said James DuBose, head of programming and executive producer for Fox Soul, in a press release sent to BLACK ENTERPRISE. “We intend to inform, inspire, and empower our viewers by meeting their needs for authentic conversations on topics relevant to our lives.”

The streaming platform will be free as it’s ad-supported from Fox Television Stations. It will feature four hours of live original programming from 6 p.m. to 10 p.m. PT daily, followed by two hours of reruns from the group’s 28 owned-and-operated local television stations. There is also on-demand access to recent programs.

“FOX SOUL slaps down misnomers about our people and celebrates our culture and our excellence. I could not have asked for a better platform to speak greatness about and into my community. I’m confident our content will live up to its purpose and tagline, ‘Our Voice, Our Truth,’” said radio personality Tammi Mac, who will host The Tammi Mac Late Show on the platform.

Singer and reality TV star Keyshia Cole will host her own talk show and interview celebrities and entertainers on the platform. Reality star Claudia Jordan will also host a talk show that provides the perspective of a black woman on issues surrounding dating, beauty, and relationships. Street Soldiers with Lisa Evers, a long-running program that addresses issues affecting the hip-hop community and began as a syndicated radio program on HOT 97, will also air on Fox Soul.

Fox Soul is available at foxsoul.tv and as an app for iPhone, Android, Apple TV, and FireTV platforms.