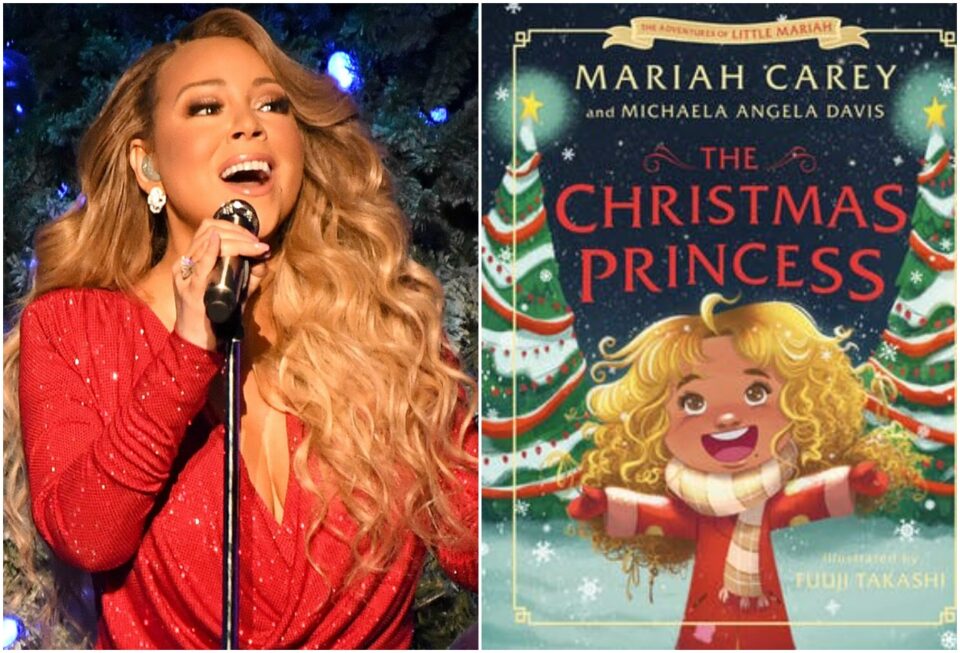 Mariah Carey, the famed Queen of Christmas, will release her first children’s book, The Christmas Princess: It’s Full of Wonder. And it will introduce Little Mariah to the world.

The “All I Want for Christmas Is You” singer is channeling her love for Christmas, inviting all children on a journey to positive self-belief and a full spirited holiday season. The picture book is set to be published by Henry Holt Books for Young Readers in fall 2022.

It is co-written by Michaela Angela Davis, who also worked with Carey and the Elusive Chanteuse on her bestselling 2020 memoir, The Meaning of Mariah Carey. The children’s book will also feature original illustrations by Fuuji Takashi.

“So many of us have been drowning in “bleakocity” for the last year and half, why not create an enchanted land to escape to?” Carey told People in an exclusive statement. “The Christmas Princess springs from the same need as my memoir The Meaning of Mariah Carey—to emancipate the little girl in me.”

The Grammy-winning singer-songwriter opened up about her complicated childhood in The Meaning of Mariah Carey. Carey’s rise to superstardom has now allowed her the opportunity to encourage and uplift all children.

“Little Mariah represents my inner child believing in her own vision, she represents all children, especially those who feel like outsiders or ‘others,’ striving to believe in themselves,” Carey said. “It is for all children of all ages. It was empowering to transform my childhood turmoil into a modern classic fairytale full of wonder and boundless hope.”

Since its release in 1994, Carey’s Christmas song “”All I Want for Christmas Is You” has remained a holiday favorite was the first No. 1 song of 2022 after surpassing one billion streams on Spotify. The hit song became diamond certified by the RIAA (Recording Industry Association of America), marking the first holiday single to ever receive the honor, according to People.

For Carey, the holiday season is especially spectacular with her kids, Monroe and Moroccan, whom she shares with ex-husband Nick Cannon. The twins have experienced the passion their mother holds dear, and recently appeared in a music video for Carey’s new song, “Fall in Love at Christmas..”

“Christmastime really is my favorite part of the year,” the singer told People in December while discussing her holiday “do’s and dont’s.”