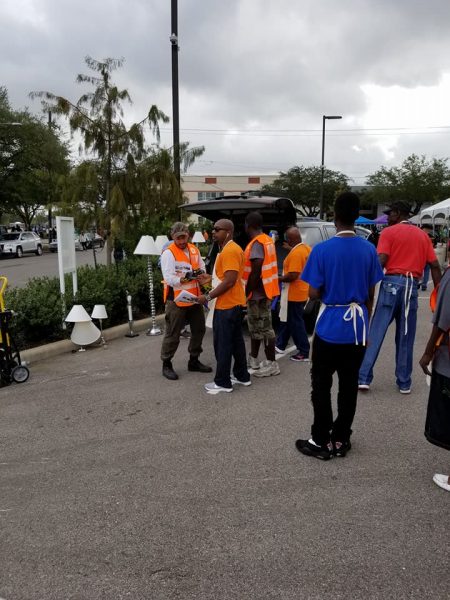 Continuing efforts to help victims hit hard by the massive storm, the Hurricane Harvey Relief Fund (HHRF) has distributed $28.9 million more in financial aid and services to flood victims in the Houston area.

The second round of funding recently to 90 local non-profit groups was administered by the Greater Houston Community Foundation, which oversees the HHRF. The fund was set up in late August by Houston Mayor Sylvester Turner and Harris County Judge Ed Emmett.

The foundation hopes to complete the third round of funding by January. As of Tuesday (Nov. 28), the fund has raised $107 million. So far, it has distributed over $36 million to about 118 non-profit groups. The fund will continue to accept tax-deductible flood relief donations through Dec. 31, 2017.

Tony Chase, a co-chair of the HHRF, says most of the money will be distributed in the first quarter of 2018. He added that funds are being used to meet needs not being met by government efforts, for the most part. Chase, chairman and CEO of ChaseSource L.P. in Houston (No. 87 on the BE 100s), volunteered to co-chair the fund.

The funds are granted to non-profits that provide services such as shelter and temporary housing, food, supplies, transportation, healthcare, and childcare to Harvey victims.

“Funds in future rounds will focus on needs as identified by a needs assessment, which we know will include home repair, financial assistance, behavioral health, employment assistance, and other needs,” Chase says.

Kathy Flanagan Payton, president and CEO  of the Fifth Ward Community Redevelopment Corporation, said the agency has received a total of $640,000 in funding from the HHRF.  The agency provides affordable housing and economic development services to the Fifth Ward neighborhood in northeast Houston. The neighborhood mainly consists of African American and Hispanic low-and-moderate income residents and small businesses.

Payton says the agency used the resoures to help residents with cleaning up debris from homes and making home repairs. It provided victims emergency financing to cover housing costs, replace home furnishings, pay transportation expenses, and other unmet needs. She estimates her agency has helped  300 families recover from the storm.

“Families with existing vernabilities have been severly impacted and without the addtional support from HHRF, recovery for them would be a dream not realized.”

Houston, the nation’s fourth-largest city, is located in Harris County.

The fund’s first round of funding consisted of providing $7.5 million to 28 organizations. That assistance included providing 75,884 households with basic items like food, clothing, and hygiene products.

Flood victims who have not been in contact with the nonprofits receiving aid from the HHRF should visit www.ghcf.org.

Additionally, the Greater Houston Black Chamber has used its foundation to raise money to distribute $1,000 relief grants to local black-owned small businesses that suffered damages from Harvey since September.

Courtney Johnson-Rose, the chamber’s board chair, says the business advocacy group, which provides services to more than 5,000 local businesses, has thus far provided $10,000 in grants to 10 black-owned small businesses. Recipients can use the money for rebuilding purposes.

The chamber continues to raise funds at: www.ghbcc.com/hurricane-harvey-relief/.