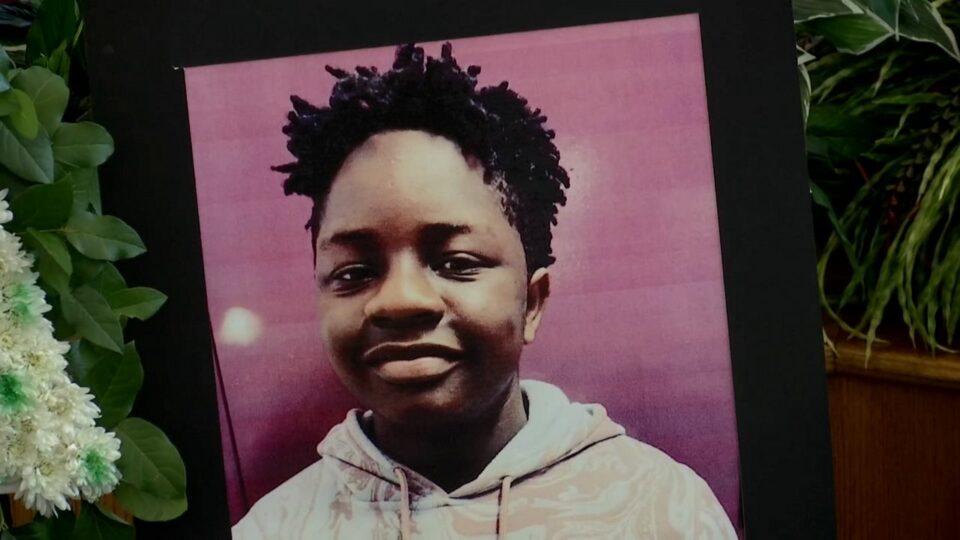 Disclosure: This post involves mentions of murder and gun violence.

Twelve-year-old Kade Lewin was laid to rest in Brooklyn, NY, Wednesday. He was fatally shot while eating dinner with his family in a parked car last month.

Lewin was shot in the head while with his cousin Jenna Ellis, 20, and an 8-year-old relative on East 56th Street and Linden Boulevard in East Flatbush. The shooting occurred just after 7:45 p.m. on March 31, the New York Post reported.

Ellis was struck six times, but survived; the 8-year-old girl was not wounded. Lewin was rushed to Kings County Hospital, where he died.

Police speculate that the shooter opened fire from a stolen vehicle with out-of-state plates after coming around the block and targeting the car. According to ABC 7, neither Ellis nor Lewin were the intended target, leading police to believe it was a case of mistaken identity.

No arrests have been made in the ongoing investigation.

New York Mayor Eric Adams said after the shooting, “This amazing young girl was just taking care of her young family members, treating them to food. Just had them out enjoying the day, the night, pulled over to watch a movie and to eat the food, and in that instant, lost him, lost Kade. Whose child is next?”

Adams, who ran his mayoral campaign on eradicating gun violence, was expected to attend a public viewing prior to the funeral at New Life Tabernacle Church, but canceled at the last minute. The burial took place at Canarsie Cemetery.

“We are calling on you all who are listening and watching to please help us to put Kade to rest,” Kade’s aunt Angela Lewin said. “If you know something, say something.”

The Lewin family have set up a GoFundMe to assist with funeral expenses and Ellis’ medical bills.