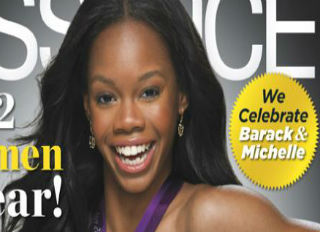 The bright-eyed teenager became the first African American in history to win a gold medal in individual all-around gymnastics.

Head to theGrio for more information on the issue and to see the second cover.